Turkey ready to give Egypt a chance after reconciliation with Israel, Russia 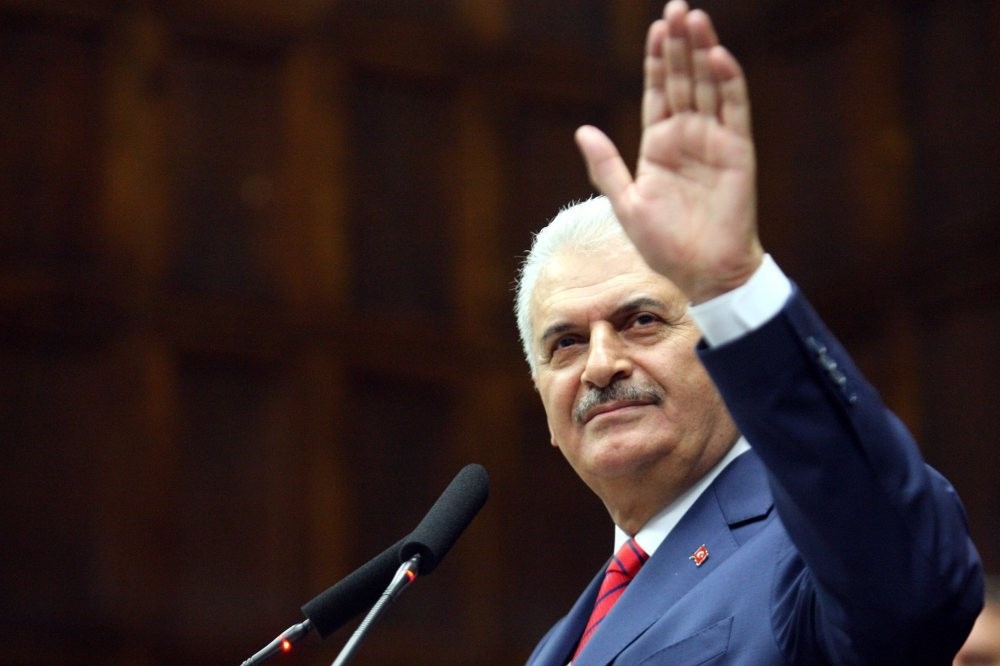 While relishing the post-reconciliation era with Israel and Russia, Ankara is now readying for new diplomatic channels with Egypt, which according to experts should fix the democratic problems in the country

Having bettered relations with Israel and Russia to restore stability in the region, Turkey is now eyeing reconciliation with Egypt should the coup government in Cairo seize the opportunity for a thaw with Ankara. Amid the comfort of reconciliation in the region with Russia and Israel, Justice and Development Party (AK Party) Deputy Chairman Şaban Dişli signaled the opening of a new phase of relations with Egypt, marking the significant progress made in foreign policies by Prime Minister Binali Yıldırım.

"There has been an expectation that Turkey and Egypt would reconcile," Burhanettin Duran, the director of Ankara-based Foundation for Political, Economic and Social Research (SETA), told Daily Sabah.

"A committee will be visiting Egypt after the Ramadan Bayram holiday," Dişli said. "A democratically elected president in Egypt is behind bars. That's a problem. Punishing the opposition in the country altogether is also troublesome. These should be fixed," Duran said.

Speaking at a Ramadan Bayram – or Eid al-Fitr – celebration event held by a railway union trade in Sakarya, Dişli said, "Relations with Egypt will hopefully be moderated. Therefore with this moderation, we have to stop the slaughter going on in Syria," stating that Turkey's open door policy for Syrian refugees will continue.

"The problems in Egypt are its internal affairs, but they are all related to democracy, which matters to Ankara," Duran asserted, adding that Turkey has a long history with the Egyptian people.

President Recep Tayyip Erdoğan said on Tuesday that Turkey has no problem with the Egyptian people, stressing that, "The problem with Egypt is an issue with its administration, especially with its ruler." Asserting that the normalization process with Russia and Israel differs from relations with Egypt, "It is not possible for us to say 'yes' to who tyrannizes the Morsi administration."

Turkey is keen to develop peaceful and friendly ties with everyone, including Russia and Israel, Prime Minister Binali Yıldırım said earlier this week.

Speaking to reporters following a Cabinet meeting in Ankara, Yıldırım said: "From Russia to Israel, Egypt to Syria, Iraq to Iran, EU countries to the U.S., we are determined to develop peaceful, friendly and practical ties with everyone. We will keep doing this."

He said Turkey's policy to normalize ties with countries neighboring the Black Sea and Mediterranean Sea regions has produced concrete results so far.

"I do not expect a very quick reconciliation with Egypt. However, visits and meetings at the level of ministers are likely," Duran said, adding that the already-frosty state of bilateral relations should be dealt with.

Following the Ramadan Bayram prayer in Istanbul, Erdoğan said that the ouster of Egypt's first democratically elected leader Mohammed Morsi in a 2013 military coup led by Abdel-Fattah al-Sissi, then defense minister and now president, was not something he approved of. "We do not approve of these decisions. … All of these people in Egypt are our brothers and approving the stance taken against Morsi and his friends would put us in an awkward position as Muslims, as humans and as people who believe in democracy," Erdoğan added.

Foreign Minister Mevlüt Çavuşoğlu also recently said that Turkey is prepared to reinitialize diplomatic and economic ties with Egypt, saying that, "A meeting at the ministerial level could be held." Speaking to reporters during his visit to Brussels last week, to open the "financial and budgetary provisions" for Chapter 33, Çavuşoğlu stressed that Turkey wants to see a stronger Egypt in the international arena.

Emphasizing that the fragility of the Egyptian administration was amplified by mass death sentences, politically motivated decision-making and a high number of political prisoners, Çavuşoğlu added that, "We already had a quick word on various platforms with Egypt's foreign minister and have mutually shared opinions."

Turkish-Egyptian relations deteriorated after Egypt's first democratically elected president, Morsi, was ousted in July 2013, as well as the subsequent human rights violations that ensued. President Recep Tayyip Erdoğan had expressed support for Morsi and the Muslim Brotherhood since they faced a brutal crackdown, at the cost of souring relations with Egypt.

The coup regime of President Abdel-Fattah el-Sissi has cracked down on journalists, academics and supporters of democracy who have been detained and held in military facilities, many of whom have died while in police custody as a result of mistreatment.

*Contributed to by Elif Petek Samatyalı