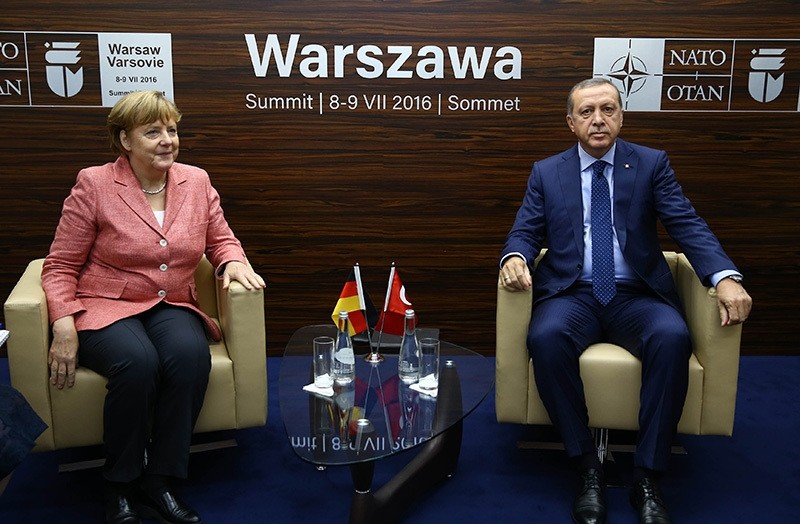 The two leaders met at the sidelines of the NATO summit in Warsaw, six weeks after their last meeting in Istanbul, upon a request by Germany's Merkel.

According to Reuters report, Merkel said the the meeting was held in a constructive atmosphere.

"We discussed all outstanding issues," Merkel told reporters at a brief news conference. "The atmosphere was constructive ... and very businesslike in an effort to solve the existing conflicts."

Asked whether the issues had been resolved, she said: "The differences don't just disappear through such a discussion. But I believe it was important that we talked them through."

Meanwhile, Erdoğan also met with U.K. Prime Minister David Cameron in a closed-door meeting. It was reported that the two leaders discussed U.K.'s Brexit decision and its affects on relations with Turkey. President Erdoğan also held short meetings on the sidelines with French President Francois Hollande and the U.S. President Barack Obama.

Armenia claims up to 1.5 million Ottoman Armenians were killed in an act of genocide by the Ottoman Empire in 1915 during World War I. Turkey refuses to define it as genocide although it accepts the mass deaths of Armenians during their forced deportation during the war, but claims the death toll was much lower and attributes the mass deaths to disease and isolated attacks.

Ankara has also urged Armenia to let historians handle the matter, but Armenia demands recognition of the incidents as genocide in order to advance relations between the two neighboring countries.
Last Update: Jul 09, 2016 5:34 pm
RELATED TOPICS