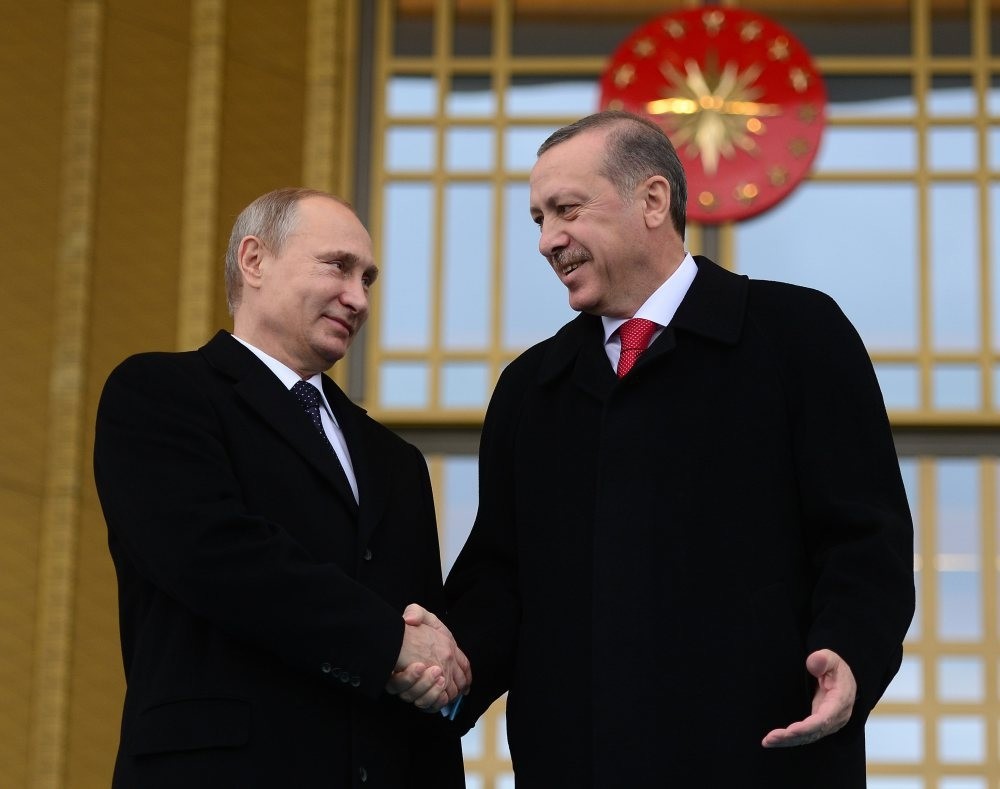 Two surveys regarding views on government measures found broad support from the public for last week's moves to reconcile relations with Israel and Russia. A survey by Ankara's Objective Research Center (ORC) found that more than two-thirds of respondents welcome the steps for reconciliation with Israel and Russia. The ORC survey involved 37,180 people in 30 municipalities contacted between June 19 and July 6, with participants answering questions regarding domestic and foreign policy affairs. According to the ORC survey, 79.3 percent of respondents said they support reconciliation with Russia while support for reconciliation with Israel for the sake of Palestinians was 70 percent.

Another survey by the A&G Research Company at the end of June indicated that almost two-thirds of respondents welcomed reconciliation steps with Israel for Turkey's interests. A&G Chairman Adil Gür, speaking with Kriter magazine, which is published by Ankara's Foundation for Political, Economic and Social Research (SETA), said that 63 percent of respondents said Turkey should have good relations with Israel, whether for Turkey's interests or for the sake of Palestinians. Gür said: "Importantly, two out of three [respondents] approve of [good] relations with Israel. Therefore, what Turkey has done is accurate."

Diplomatic relations between Turkey and Russia soured following the downing of a Russian attack aircraft in November, prompting the Kremlin to order sanctions on Turkish food products, an end to visa-free travel and a ban on Russian tourists taking package vacations in Turkey. This chill was followed by a thawing of relations last week.

Last week, Turkey announced that an agreement had been signed to normalize relations with Israel, more than six years after Israeli troops stormed a Gaza-bound aid flotilla in international waters and killed 10 Turkish citizens.

Both surveys also inquired regarding Turkey's relations with the EU. The surveys revealed following Brexit, being a member of the EU has lost a degree of attraction for Turkish people. The ORC survey indicated that 80 percent of respondents do not care about Turkey's being a member of the EU. Gür said the A&G survey indicates that support for Turkey's EU membership bid, if a referendum was held, will not pass 40 percent, attributing this to the EU's hypocrisy in the fight against terrorism.

Regarding domestic political affairs, the ORC survey indicated that 77.5 of respondents support operations terrorist organizations such as PKK and DAESH, as well as the Gülenist Terror Organization (FETÖ). Locals from Turkey's southeast support operations against the PKK, as the survey indicates that the ruling Justice and Development Party (AK Party) has increased support from provinces such as Diyarbakır, Mardin and Van, while the pro-Kurdish Peoples' Democratic Party (HDP) has lost support.

Another ORC survey released on June 28 indicated that the CHP is losing votes in provinces on the Aegean and Mediterranean coast, traditional strongholds for the party. In the Nov. 1 elections, the CHP won 46.8 percent in İzmir; however, the recent survey indicates support for CHP in Izmir has decreased from 46.8 percent to 45.2 percent. The AK Party has increased support from 31 percent to 34.8 percent. In Aydın, 40 percent of respondents indicated that if a general election were held today, they would vote for the CHP, which indicates a 0.3 percent decrease in support for the CHP in Aydın. Support for the AK Party in Aydın has increased by 1.4 percent after the Nov. 1 elections.

Gür said support for counter-terrorism operations is at 73.5 per cent. He added 60 percent of respondents believe there is a need for a change in the system of governance change, and 55 percent of respondents indicated that they will support a presidential system with party membership, adding that a full presidential system should be the main objective. *Eda Işık contributed to this report from Ankara