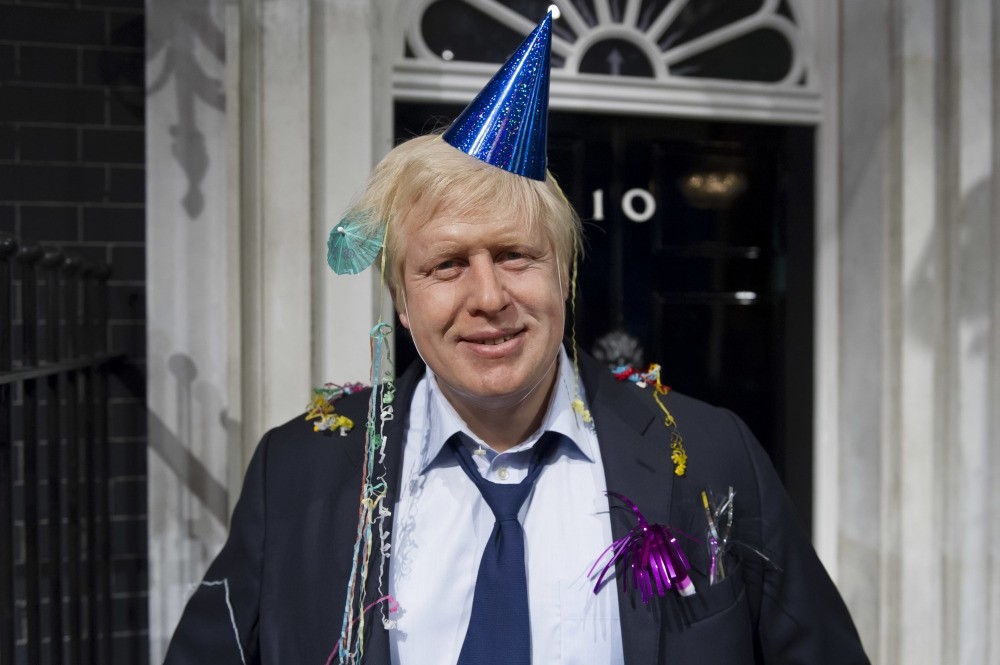 Branding him a liar, a coward or a joker, Europe's political class greeted Eurosceptic Boris Johnson's appointment as Britain's foreign minister with a chorus of dismay. Johnson was accused of misleading voters by proclaiming that Britain was paying 350 million pounds week to the EU

Britain's new top diplomat is the shaggy-haired, Latin-spouting Boris Johnson, who in recent months has made insulting and vulgar comments about the presidents of the United States and Turkey. And those are just his recent gaffes. He also made shocking remarks about Syrian dictator Bashar Assad and supportive remarks for the PKK terrorist organization. When Johnson returned to his London home after the appointment, a neighbor had placed a sign next to Johnson's house saying: "SORRY WORLD." One of the leading figures in the Brexit Leave campaign, Johnson was once seen as a possible prime minister himself, but failed to win the support of party colleagues.

The 52-year-old has made a long string of racist and insensitive comments dating back to his early career in journalism. He has apologized before and seems likely to do so again. He said after his surprise appointment that "the United States of America will be in the front of the queue" for his next apology, apparently because of his comments about U.S. President Barack Obama's ancestry. Johnson was a prominent leader of the successful campaign to take Britain out of the European Union, harboring his own leadership hopes, making him a factor for Prime Minister Theresa May to deal with as she tries to unify the sharply divided Conservative Party. But her decision to put Johnson on the world stage, dealing with foreign leaders, is raising questions, largely because of his propensity for saying the wrong thing at the wrong time, sometimes in the most vulgar way.

Liberal Democrat leader Tim Farron said he could not believe Johnson will now represent Britain abroad. He said Johnson must first apologize to Obama for referring to his "part-Kenyan" ancestry and then apologize to EU leaders for saying their plans for Europe were similar to Hitler's."At this incredibly important time that will determine Britain's economic and cultural relations with Europe, it is extraordinary that the new prime minister has chosen someone whose career is built on making jokes," Farron said.

Some of his wounds seem self-inflicted. During the referendum campaign, Johnson chose to enter a British magazine's competition for an offensive poem about President Recep Tayyip Erdoğan.

SYMPATHY FOR THE PKK

In an interview in 2015, he told ITV News that "his sympathies are with the PKK," despite the group being regarded as a terrorist organization by the U.K.

Speaking about a case of a 21-year-old woman from North London, who was sentenced to 21 months in jail for plotting to join the PKK terror group, Johnson said, "My sympathies are very much with the PKK and the Peshmerga and I hope that the legal system will reflect that, and that she gets sensible treatment rather than some absurd punishment."

Under the headline "Bravo for Assad - he is a vile tyrant but he has saved Palmyra from ISIL [DAESH]," Johnson wrote in his weekly column for the Telegraph newspaper, "I cannot conceal my elation as the news comes in from Palmyra and it is reported that the Syrian army is genuinely back in control of the entire Unesco site.

"The victory of Assad is a victory for archaeology, a victory for all those who care about the ancient monuments of one of the most amazing cultural sites on Earth," Johnson wrote.

On the eve of Obama's visit to Britain this year, Johnson wrote the following in an article for the Sun newspaper.

"Something mysterious happened when Barack Obama entered the Oval Office in 2009. Something vanished from that room, and no one could quite explain why.

"It was a bust of Winston Churchill - the great British war time leader. It was a fine goggle-eyed object, done by the brilliant sculptor Jacob Epstein, and it had sat there for almost ten years.

In an interview with the Sunday Telegraph newspaper, Johnson said the past 2,000 years of European history had been characterized by repeated attempts to unify Europe under a single government.

"Napoleon, Hitler, various people tried this out, and it ends tragically," Johnson was quoted as saying. "The EU is an attempt to do this by different methods. But fundamentally what is lacking is the eternal problem, which is that there is no underlying loyalty to the idea of Europe. There is no single authority that anybody respects or understands. That is causing this massive democratic void."

As a newspaper columnist, Johnson called Africans "piccaninnies" and described people from Papua New Guinea as cannibals. While in parliament, he offended an entire British city when he complained that people from Liverpool were wallowing in "victim status" after a Liverpudlian was taken hostage and slain in Iraq.

This long record of indiscreet comments has left some wondering about May's choice, unveiled in the first few hours of her premiership.

"I wish it was a joke but I fear it isn't," former Swedish Prime Minister Carl Bildt tweeted.

U.S Secretary of State John Kerry on Thursday congratulated Boris Johnson on his appointment as Britain's new foreign minister and urged a sensible approach to Britain's exit from the European Union. "The secretary stressed U.S. support for a sensible and measured approach to the Brexit process and offered to stay engaged as the U.K. government develops its plans," U.S. State Department spokesman John Kirby said. The pair also agreed that the special relationship between the United States and Britain was as essential as ever and that they would work closely together as NATO allies on a range of challenges ahead.

Dubbed a liar by his French counterpart and lampooned as a "political jester" in European newspapers, chief Brexit campaigner Boris Johnson faced a wave of criticism and mockery Thursday after being named Britain's foreign minister. French Foreign Minister Jean-Marc Ayrault said that, as a Leave campaigner, Johnson had "lied a lot" and said his appointment "reveals the British political crisis" following the referendum. Ayrault claimed he was not worried about working with Johnson but stressed the need for a "clear, credible and reliable" negotiating partner.

EU Parliament chief: UK has to break this vicious cycle

The outspoken European Parliament chief Martin Schulz also slammed May's new cabinet, saying it was based on solving internal party splits rather than the national interest. "The United Kingdom has to break this dangerously vicious cycle which has direct impacts on the rest of Europe," Schulz said. Animosity is widespread in Europe about Johnson, who recently compared the EU's aims to those of Hitler. After the Brexit vote, European Commission chief Jean-Claude Juncker labelled Johnson and other Leave campaigners "sad heroes."

German Foreign Minister Frank-Walter Steinmeier, speaking Wednesday, shortly before the news of Johnson's appointment, said he was outraged by Britain's "irresponsible politicians who first lured the country into Brexit, then ... got out, refused to take responsibility, and went to go and play cricket." A deputy leader of the German Social Democrats, Ralf Stegner, said Johnson was not known for his diplomatic skills, adding: "Now he'll negotiate the Brexit. Bon Voyage!" Many governments, in line with protocol, congratulated their new counterpart, who will make his diplomatic debut in Brussels next week.

A U.S. State Department spokesman told reporters that "we look forward to engage with Boris Johnson" and that the US-UK relationship "goes beyond personalities".