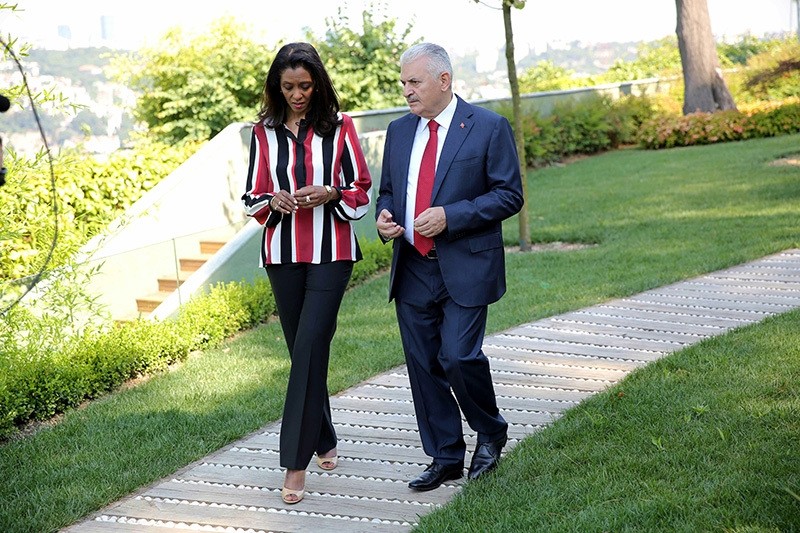 Prime Minister Binali Yıldırım said on Wednesday in an interview with the BBC that he hopes Britain's newly appointed foreign minister Boris Johnson adopts a more positive attitude for the future of British-Turkish relations.

Speaking to a foreign media outlet for the first time since he took office, Yıldırım criticized Johnson's negative comments and attitude towards Turks, while signaling his government would be ready to work with the new British government if he not repeat such insults on Turkey.

"What would I say to him?, Well, may God better him and I hope that he won't make any more mistakes and try to make it up with the Turks," PM Yıldırım said after Johnson used an anti-Turkey platform during the Brexit campaign.

Boris Johnson was appointed as British Foreign Minister by new Prime Minister Theresa May on Wednesday. He has been a controversial figure in the eyes of Turkish officials due to his anti-Turkey sentiments about Britain's future relations with Turkey.

Johnson, who previously served as the Mayor of London, was one of the leaders of the Brexit campaign which focused on British people's fears about a potential immigration wave from Turkey, should the country's accession to the European Union is accepted.