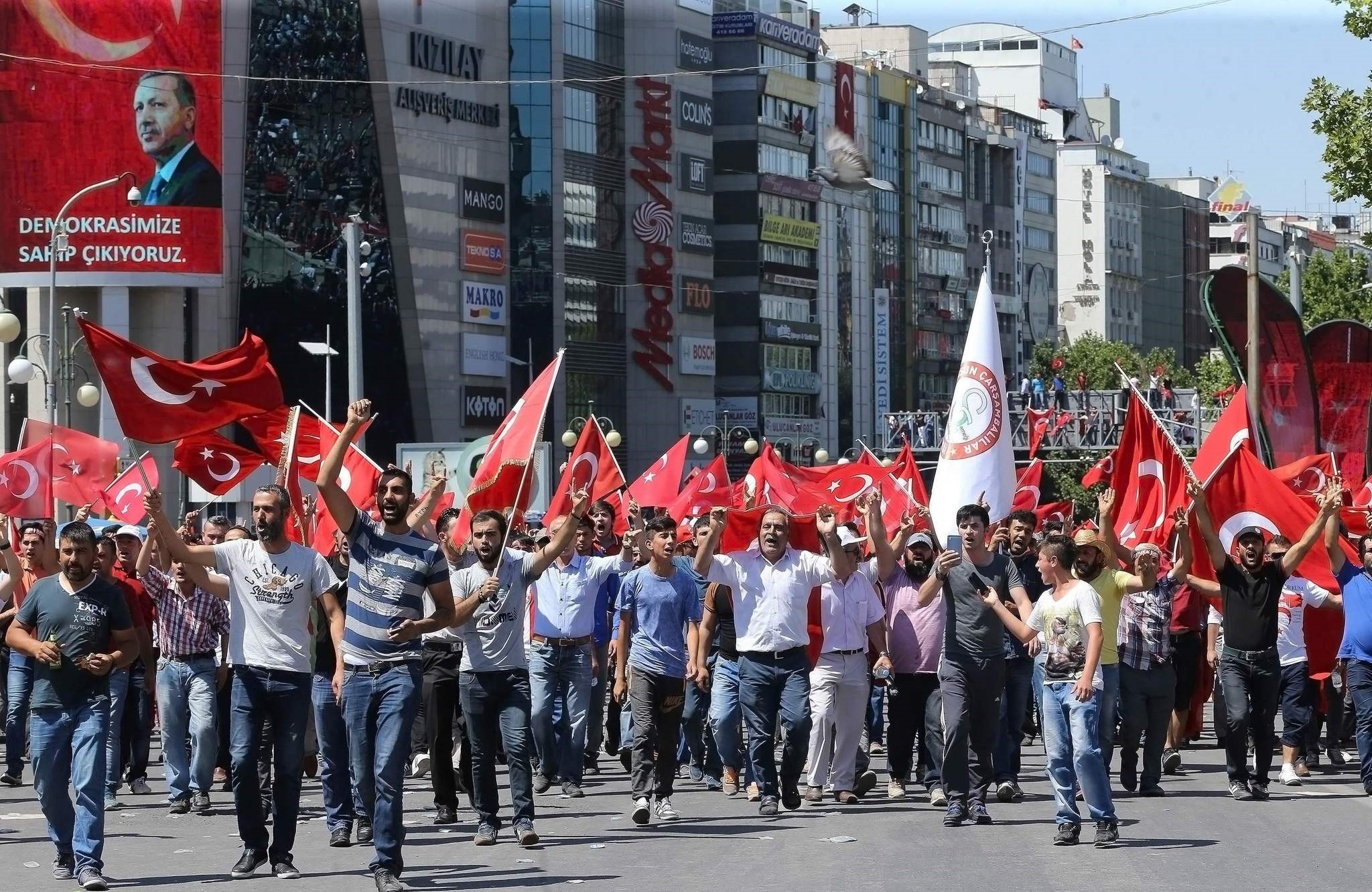 People wave national flags as they march from Kizilay square to Turkish General Staff building to react against military coup attempt, in Ankara, on July 16, 2016.
by Daily Sabah Jul 16, 2016 12:00 am

The US President Barack Obama reiterated the United States' unwavering support for the democratically-elected, civilian Government of Turkey.

The president instructed his team to continue to work with their Turkish counterparts to maintain the safety and well-being of diplomatic missions and personnel, U.S. servicemembers, and their dependents, a statement released by the White House read.

"While we have no indications as of yet that Americans were killed or injured in the violence, the President and his team lamented the loss of life and registered the vital need for all parties in Turkey to act within the rule of law and to avoid actions that would lead to further violence or instability." said the statement.

Obama also underscored the shared challenges that will require continued Turkish cooperation, including our joint efforts against terrorism.