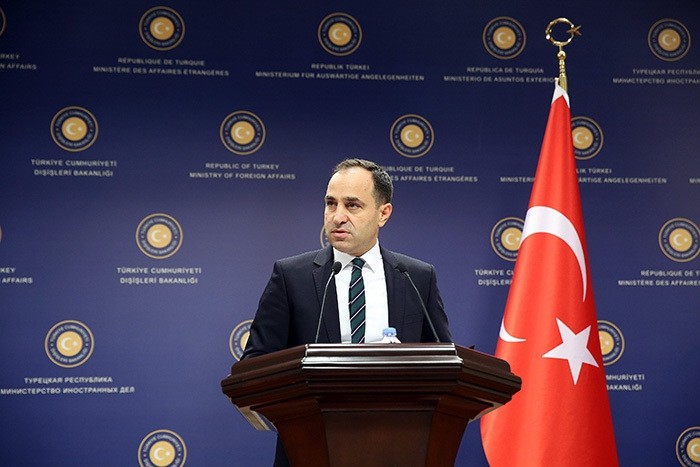 Foreign Affairs Ministry spokesman Tanju Bilgiç stated on Tuesday that claims alleging that Saudi Arabia and Qatar are both supporters of the coup in Turkey are absolutely untrue.

Addressing a question raised by Iran's semi-official Fars News Agency, which claims that Iran's Foreign Minister Mohammad Javad Zarif said some countries including Saudi Arabia and Qatar supported the coup attempt in Turkey, Bilgiç refuted the claims, stressing that Turkey is on good terms with Saudi Arabia and Qatar.

"On the contrary, our ally and brother, the Qatar and Saudi Arabia governments, maintain a clear stance against this coup attempt, while Sheikh Tamim bin Hamad Al Thani, the Emir of Qatar and Saudi Arabia's King Salman bin Abdulaziz Al Saud both called President Erdoğan in person to express their ultimate support and solidarity," Bilgiç said, further noting that Turkey is in cooperation with those countries regarding the investigation into the coup attempt.

Fars News Agency had recently claimed that: "Some countries, including Saudi Arabia and Qatar, were not uncomfortable with the coup attempt. This should be thought about," Iran's Foreign Minister Zarif reportedly said in a closed Parliament session. As quoted by Iranian deputy Golamreza Ghafarzade, Zarif also said, "Taking the stance of Saudis against the recent incidents in Turkey into consideration, there seems to be a strong possibility that the Saudis were a part of the coup in Turkey," adding that Iran is against any coup regardless of where it occurs, and further expressed his sadness about the attempt.