No plans of pulling forces out of Incirlik Air Base, US says 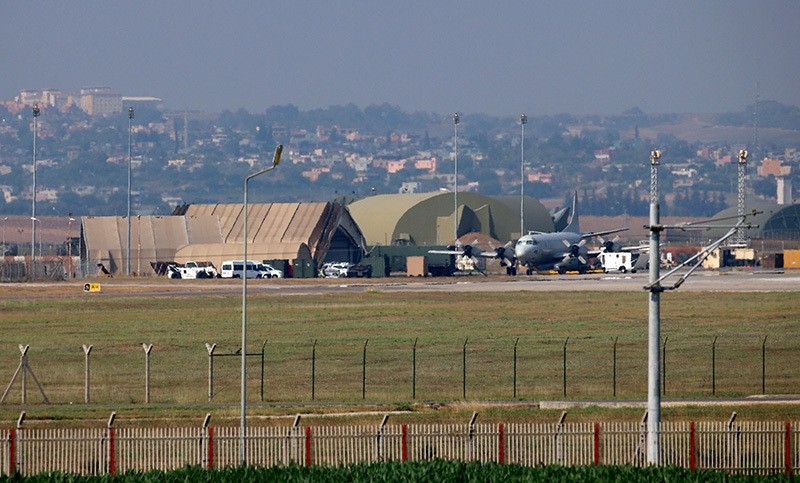 This file photo taken on July 28, 2015 shows a military aircraft on the runway at Incirlik Air Base, in the outskirts of the city of Adana, southeastern Turkey. (AFP Photo)
by Daily Sabah with AA Jul 26, 2016 12:00 am

The U.S. military has no plan of pulling forces out of the İncirlik Air Base in southern Turkey, amid the discussions around the failed coup attempt, Air Force Secretary Deborah James said Tuesday.

"There is no plan to move out of Incirlik whatsoever," James said at a forum in Washington hosted by the Defense One news outlet.

James said that she spoke Monday to the U.S. commander at the base to discuss the situation there, noting that American officials are monitoring the situation.

"But for now … the operations, the missions are ongoing," she said.

On July 15, a Gülenist faction within the Turkish military tried to overthrow the country's democratically elected government, killing at least 246 people and injuring more than 2,100 others.

Fetullah Gülen, head of the Gülenist Terror Organization, FETÖ who is on self-imposed exile in the United States, is accused of a long-running campaign to overthrow the state by having members of his Gülen Movement infiltrate the country's institutions, particularly the military, police and judiciary, forming a "parallel structure."

After discovering some officers from Incirlik were involved in the unsuccessful coup, Turkey shut off electricity to the base and halted the U.S. air campaign from the base.

According to James, military-to-military relations between the two countries are "professional," and there have been "no problems with our [American] people".

U.S. Defense Secretary Ash Carter said Monday he had a phone call last week with his counterpart, Fikri Isik, and added that "the coalition air operations are back on track at Incirlik".

Last year, Turkey allowed U.S. aircraft to be stationed at the base to conduct airstrikes against Daesh.