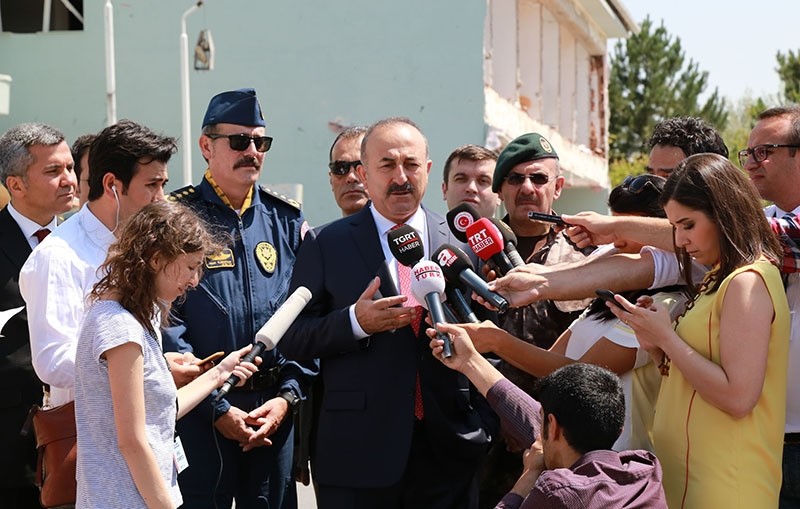 Foreign Minister Mevlüt Çavuşoğlu urged Germany on Thursday to extradite members of the Gülenist Terror Organization (FETÖ) who fled to Germany, as past of the efforts to hold perpetrators of the coup attempt responsible for their crimes.

Çavuşoğlu said that prosecutors and judges who are part of FETÖ are currently residing in Germany, where there is a large Turkish community.

Turkey is also battling to get the leader of FETÖ Fethullah Gülen extradited from the U.S., where he has lived since 1999.

Çavuşoğlu also noted that a total of 88 ministry personnel have been dismissed since the failed July 15 coup.

Speaking to reporters after visiting Special Forces Headquarters in Gölbaşı in capital Ankara, which was bombed the night of the coup, Çavuşoğlu said of the dismissed personnel, "These traitors should not [be allowed to] infiltrate state institutions."

"We are taking every step carefully. We formed a commission and are currently working hard on the issue. The dismissal of other people is likely in the coming days," he said.

"There are two ambassadors among those expelled," he added. "We are working on the case of some other envoys as well. We need more information."

Çavuşoğlu said one official working at Turkey's Consulate in Kazan, the capital of the Russian Republic of Tatarstan, fled to Japan in the wake of the coup attempt.

Two Turkish senior diplomats were dismissed on Tuesday as part of the ongoing investigation on FETÖ, held responsible for the July 15 coup attempt.

Gürcan Balık and Tuncay Babalı had held various Foreign Ministry posts including that of ambassador.

More than 44,000 people employed in state institutions have been dismissed so far amid a nationwide probe of the deadly coup attempt.

They are all suspected of having links to the failed coup, which resulted in the deaths of 246 people and left thousands of others wounded.