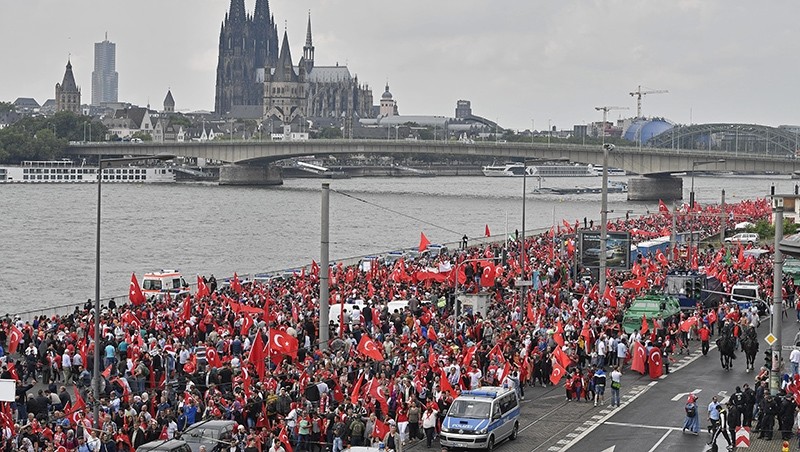 The Foreign Ministry on Monday summoned German charge d'affaires to Ankara over restrictions placed on a weekend demonstration in Cologne, where Turkish people gathered to protest the coup attempt and President Recep Tayyip Erdoğan was supposed to address the audience through live-stream video.

German police said the measure was for "security reasons," while a local court agreed with the decision, issuing the ruling that scrapped the plan.

Tens of thousands of Turks living in Germany gathered in Cologne on Sunday in solidarity with their compatriots back at home, condemning the July 15 coup attempt by the Gülenist Terror Organization (FETÖ)

Tensions between Germany and Turkey increased since the German Parliament adopted a resolution regarding the 1915 events, recognizing it as 'genocide.'

Turkey is also requesting that Germany extradite supporters of the Gülenist Terror Organization (FETÖ), who are accused of carrying out a coup attempt and infiltrating state institutions to bring down the democratically elected government.
Last Update: Aug 01, 2016 7:21 pm
RELATED TOPICS