US Secretary of State Kerry to visit Turkey on August 24 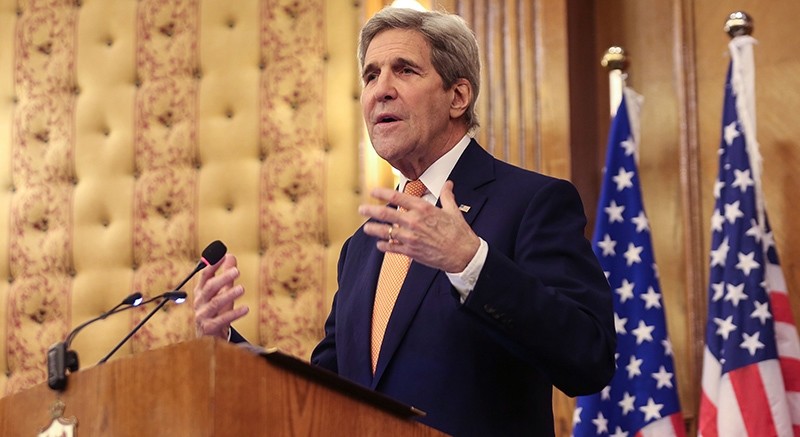 Kerry's visit is expected to focus on the developments following the failed coup attempt by the Gülenist Terror Organization (FETÖ) and the extradition of FETÖ's leader Fethullah Gülen, who lives in self-imposed exile in Pennsylvania.

Prime Minister Binali Yıldırım had previously said on Tuesday that a senior-level official from the U.S. would visit Turkey after August 20.

Turkey took the illegal activities of the Gülen Movement to the international platform in the U.S. last year and is currently demanding his extradition.

On August 2, Ankara filed a second application for the extradition of Fethullah Gülen, the leader of the July 15 coup attempt, from the U.S. as top Turkish officials question the value of an ally that ignores terrorist threats to Turkey.

Despite calls from Ankara for Washington to detain Gülen and extradite him to Turkey, U.S. officials have asked for concrete evidence linking him to the coup attempt.

Prime Minister Binali Yıldırım has expressed disappointment at the Obama administration's support, or lack, likening the impact of the coup attempt to the Sept. 11, 2001 attacks that shook the U.S.

Both the government and the opposition parties urge the U.S to extradite Gülen, who is accused of masterminding the coup attempt and takeover state institutions through his agents.

On July 15, 2016, Gülenist agents in the military launched an unsuccessful bid to topple the government. The coup attempt failed due to a huge public uprising in condemnation of the move.