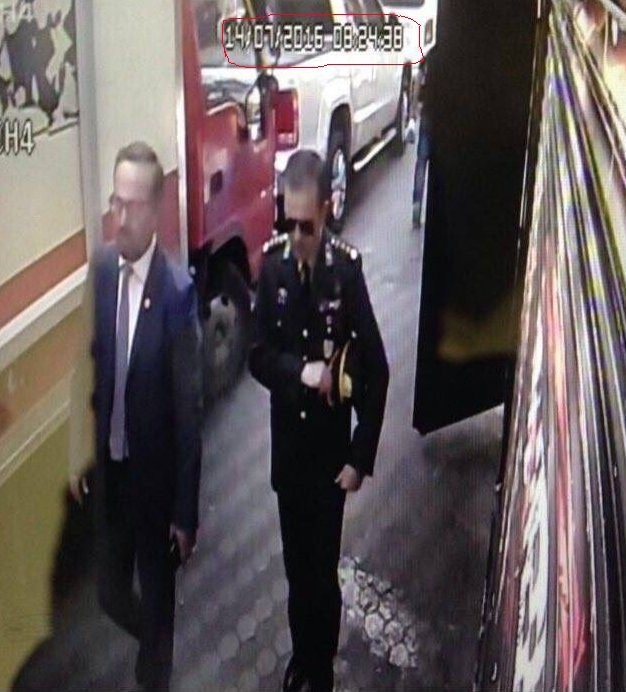 The U.S. Embassy in Ankara rejected claims spread in social media circles and several Turkish news networks showing Ambassador John Bass with a Turkish colonel on July 14, a day before the Gülenist coup attempt on July 15.

The picture, which appears to be a screenshot of a CCTV recording, reportedly shows Bass and an undisclosed colonel together near a café in Istanbul's Çengelköy district on early July 14.

An official from the U.S. Embassy told Daily Sabah on Saturday that Bass was in Ankara on July 14 and was having a meeting with the minister of culture, the minister of education, and the chief ombudsman for the government. The official said that the picture was a hoax.

A press release by the Ombudsman Instution also shows Bass paying a courtesy visit to the Chief Ombudsman, M. Nihat Ömeroğlu, at his office on July 14.

A visual expert from Daily Sabah's editorial team also said that the picture appeared to be manipulated due to the mismatching contrast and light of the CCTV footage and the photo of John Bass.

The embassy is expected to release an official statement on the issue within couple of hours.