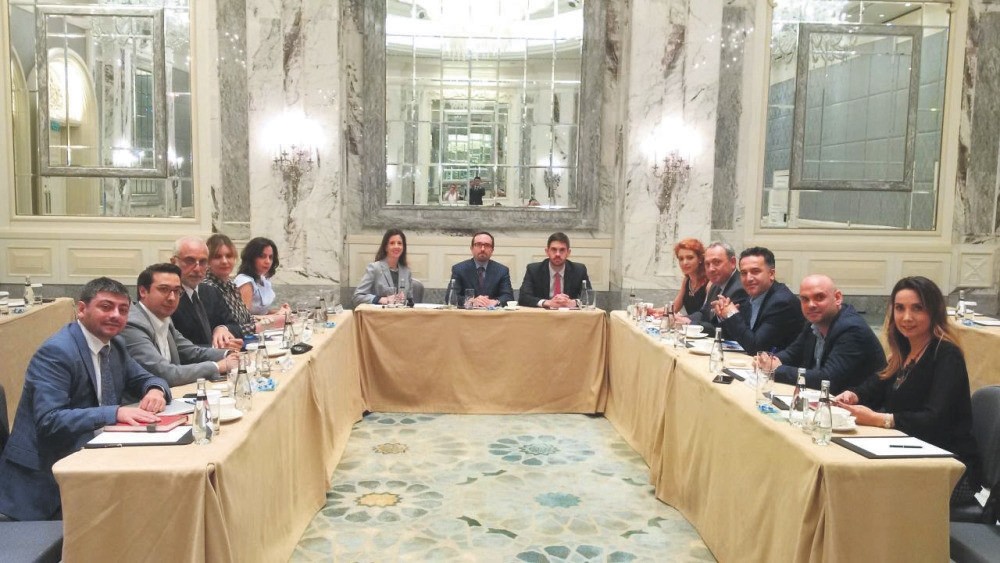 Continuing his tight-lipped stance, U.S. ambassador Bass gathered members of the Turkish press where he praised the state of bilateral ties but his remarks on Gülen's extradition process and the coup attempt in Turkey failed to satisfy

While the Turkish public suspects U.S. involvement in the coup attempt on July 15, U.S. Ambassador John Bass gathered members of the Turkish press on Thursday in Istanbul to talk about the attempted coup and the extradition of the leader of the Gülenist Terror Organization (FETÖ), Fethullah Gülen.

Bass said he found claims about U.S. involvement in the July 15 coup attempt deeply offensive and categorically rejected accusations that American officials knew of the plot beforehand. Concerning his and his colleagues' feelings on the night of July 15, he said: "Frankly none of them have ever seen it before. Deeply traumatic and shocking for many of our colleagues. So we feel very intensely the wide range of emotions that our friends here in Turkey are feeling. It's in that spirit that we are working very hard on what's going on in the society and the aftermath and working very hard to try to explain to Washington, to our fellow Americans."

Similar to earlier press conferences hosted by Bass, he failed to illuminate hot subjects. When asked whether he doubts FETÖ involvement in the attempted coup, Bass said: "I don't want to say anything about Mr. [Fethullah] Gülen's involvement in the issue, as it will potentially make it harder for the Turkish government to bring those responsible to justice."

"In the United States, we have a fiercely independent judicial arm; it is a separate and co-equal branch of the government. We want the Turkish government to persuade independent judges in the U.S. of Mr. Gülen's involvement in the failed coup attempt."

Bass could not make any comments regarding a possible decision to shut down all Gülen charter schools in the U.S. "With respect to charter schools in the US, like any other organization, if there is credible evidence about illegal activities, those will be taken very seriously by the federal government and local authorities, and I'm sure we will do the investigation as soon as evidence is brought."

Responding to whether he can understand the feelings of the Turkish people who witnessed a bloody coup attempt, Bass said: "I am not a Turkish citizen, and I didn't grow up in this country. I could never truly walk in your shoes and tell my feelings."

When asked whether the U.S. will add Gülen's terror organization to the State Department's foreign terror organization list, Bass said "As someone who is living here, talking with a lot of people, including people like General Akar, who has recounted what he experienced that night, I find it a very powerful testimony. Beyond that, I don't want to offer any views because again, of what I said earlier. I don't want to say anything that potentially makes it harder for the Turkish government to pursue justice for those who are responsible."

Bass was asked about the whereabouts of former CIA Turkey chief Graham Fuller on the night of the coup attempt and said "I have no idea if he was in Turkey that night, frankly it wouldn't make any difference if he was, as he has no affiliation with the U.S. government. He is a former U.S. government official."

Speaking to Daily Sabah, an official from the U.S. Embassy in Turkey responded to a Wall Street Journal report that claimed that Washington is not willing to extradite Gülen and that the documents sent by Ankara are not satisfactory. The official said that the embassy is surprised by the WSJ report, adding that the U.S. is ready to cooperate with Ankara on Gülen's extradition.