Turkey seeing signs of coop with US over Gülen's extradition, FM says 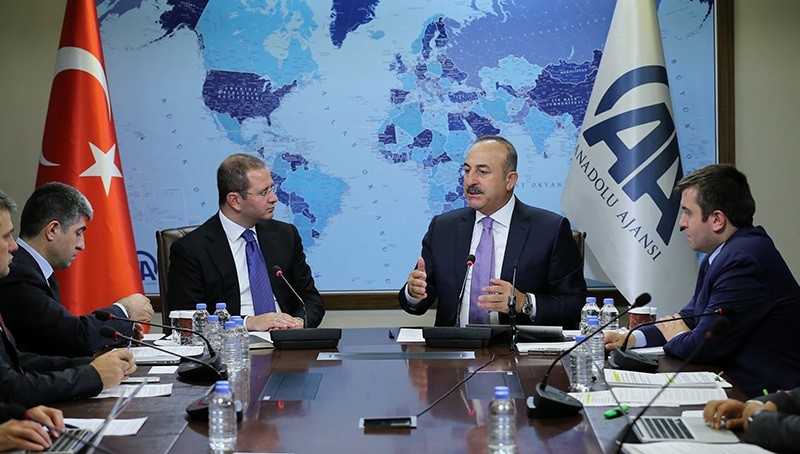 Turkey is seeing signs of cooperation from the U.S. over extradition of terror-cult leader Fetullah Gülen, Foreign Minister Mevlüt Çavuşoğlu said on Thursday.

The foreign minister underscored that Turkey expects the US to extradite Gülen.

"A delegation from the US Department of Justice is coming to Turkey soon" Çavuşoğlu told NTV during a live interview, and added that Turkey will then renew the extradition request.

Çavuşoğlu also noted that the parliament will approve a deal to normalize ties with Israel next week, before it goes into its summer recess late August.

"I think we will finalize this work before the parliament goes into the summer recess," he said.

Underscoring that the recent meeting to Russia was very positive, Çavuşoğlu said that both sides got the chance to discuss and resolve all issues.

He continued by saying that it is important to fight Daesh terrorists collectively, and added that Turkey will actively participate in counter-Daesh operations with warplanes.

Çavuşoğlu also touched upon recent claims that the military attaches in Greece went missing after Turkey requested the cancellation of their accreditation.

He confirmed Greek media reports that the colonels fled Greece and went to Italy with their families and said that Turkey will take legal action against Gülenist diplomats on the run.

The foreign minister also underscored once again that Turkey is against a transition in Syria with the Assad regime.

"A regime that has murdered 500,000 people should not rule a country, a transition period with Assad would not be realistic" he said.