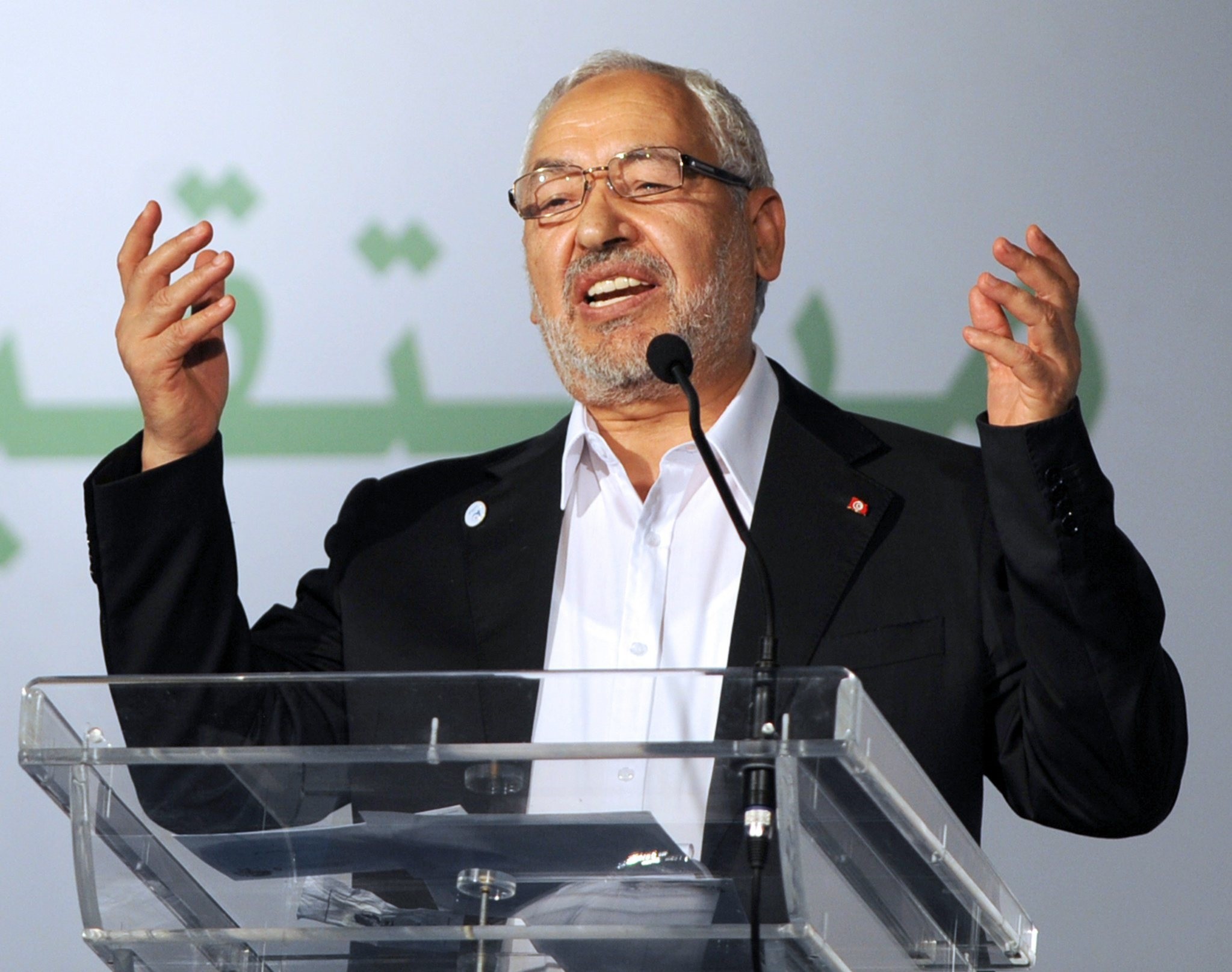 Rachid Ghannouchi, leader of Tunisia's Ennahda movement, described the attitude of western democratic states toward the July 15 failed coup attempt in Turkey as "double-faced and opportunistic".

In exclusive comments to Anadolu Agency, Ghannouchi said the western democracies should have voiced support for Turkey's elected government as soon as news broke that a coup attempt was underway.

Military coups should be rejected as a "matter of principle," he said. "If the coup bid had been aimed at a secular or communist political party, it should have been roundly condemned as well."

"Turkey, as a democracy and sovereign power, deserves to lead the Islamic world and the wider region," Ghannouchi asserted.

He pointed to Sunday's "Democracy and Martyrs' Rally" in Istanbul, which he described as a "manifestation of national unity".

The rally was attended by millions of citizens, while opposition leaders participated in the event alongside Turkish President Recep Tayyip Erdogan and representatives of the ruling AK (Justice and Development) Party.

Ghannouchi said the region's dictatorial regimes that defeated the 2011 "Arab Spring" may not have participated directly in the coup attempt, but had nevertheless "hoped to see an end of the Turkish model".

"Turkey -- known for its free elections, civil liberties and high development standards -- stands as an attractive alternative to the region's dictatorial regimes," he said, adding that Turkey's failed coup attempt had represented a "setback to the forces of dictatorship and counter-revolution".

He went on to praise the role of the Turkish people in foiling the July 15 coup attempt and defending democracy, thus delivering the message that Turkey's era of military coups had finally drawn to a close.

He also stressed the fact that, despite longstanding political differences between Turkey's ruling and opposition parties, virtually none of the latter supported the coup bid.

Ghannouchi went on to say that, if the Turkish government asked Tunisia to crack down on the activities of the Fetullah Terrorist Organization (FETO) on its territory, "we would respond positively".

Led by U.S.-based preacher Fetullah Gulen, FETO is the violent terror cult widely believed to have orchestrated Turkeys' July 15 coup bid, which left 240 martyrs and 2,200 injured in its wake.

As for current political developments in Tunisia, the birthplace of the Arab Spring uprisings, Ghannouchi said that Ennahda "will no longer accept a purely symbolic role in the government".

He said there was "no justification" for such an arrangement, "because well-represented parties have a responsibility to serve their country".

Although Ennahda currently holds 69 of the 217 seats in Tunisia's parliament, it has only one member in the government of outgoing Prime Minister Habib Essid.

"Democratic practice means giving a role in governance to the parties that the people elected," he said.

"Giving well-represented parties a merely symbolic role in governance means you don't trust the will of the people," he added.