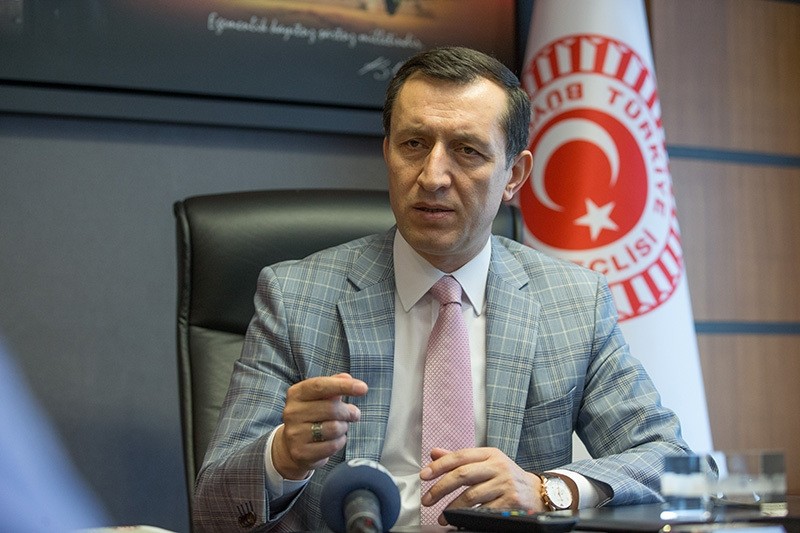 Turkey's special representative to Libya, Emrullah İşler, has denied any foreign interference in Libyan affairs, asserting that dialogue is the key to solve the country's crisis.

"Turkey stands at an equal footing from all side," he said. "We see that solution [of the Libyan crisis] should be through dialogue."

Libya has been wracked by turmoil since 2011, when a bloody uprising ended with the ouster and death of longtime strongman Muammar Gaddafi.

Following the uprising, the country's stark political divisions yielded two rival seats of government, one in Tobruk and another in Tripoli.

"We reject [any move] to provide support for one side against the other," İşler said. "This does not resolve the problem but deepens it," the Turkish envoy warned.

Libyan military sources told Anadolu Agency on Wednesday that French troops supporting forces aligned with the Tobruk-based parliament had withdrawn from the eastern city of Benghazi.

Last month, France confirmed that three of its soldiers were killed when their helicopter crashed east of Benghazi during an intelligence operation.

"There should be a real cooperation between the region's countries in order to reach a solution [in Libya]," he said.

"Turkey is ready to exert efforts with a view to cruising the region to safety," İşler added.

The Turkish envoy said that he had visited Libya and held talks with the country's rivals.

"Turkey sees that this is a political problem and it needs dialogue to resolve it," he said. "Therefore, we reject foreign interference in Libya as it has caused many problems in other countries in the region," he added.

İşler said his country has not changed its position regarding the UN agreement between the Libyan rivals in Sakhairat, Morocco, under which a unity government was formed.

"We still support the government of national accord [in Libya] and call on all parties to support it," he said, going on to call for providing support for the Libyan unity government in its battle against Daesh group, which controls the northern city of Sirte.

In May, forces loyal to Libya's unity government launched a major offensive aimed at recapturing Sirte from Daesh, who overran the city in 2015.

"If the world wants security and stability in Libya, it should support this [unity] government; we don't see any other alternative," the Turkish representative said.