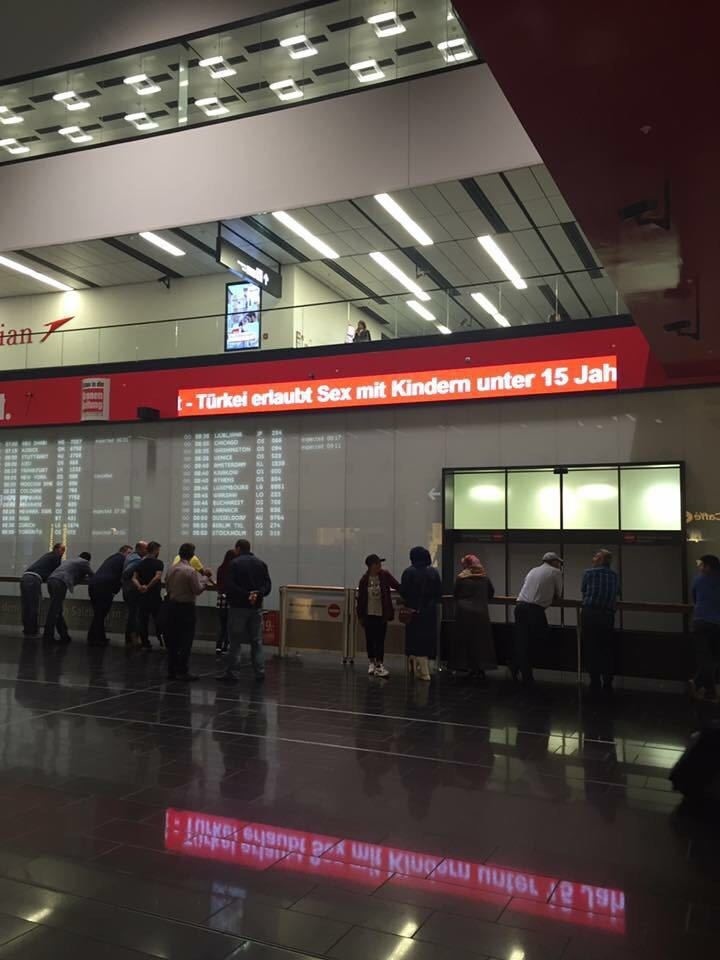 The Turkish Embassy in Vienna took action based on orders from Foreign Minister Mevlüt Çavuşoğlu to remove a live ticker at the Vienna airport displaying a provocative statement falsely claiming that Turkey allows sexual intercourse with children under the age of 15. The incident marks the second time the same airport has displayed anti-Turkey sentiment at its premises.

According to Foreign Ministry sources, the airport removed the provocative statement, which received wide criticism on social media.

Many users condemned Austria for allowing such a statement to be displayed while some referred to the former archbishop of Vienna, Cardinal Hans Hermann Groer, who abused over 2,000 young men.

In Turkey, the age of consent is set as 18, in line with the Civil Code.

The Turkish Penal Code classifies any kind of sexual activity with minors under 18 who are unable to understand the legal meaning and consequences of such actions as child sexual abuse.

Shortly after the failed July 15 coup attempt, the Vienna airport displayed a sign urging people not to visit Turkey, saying: "Traveling to Turkey means you are supporting [President Recep Tayyip] Erdoğan." The sign was later removed after the Turkish ambassador to Austria, Mehmet Hasan Göğüş, visited the airport on an order from Çavuşoğlu.

In July, a mayor in an Austrian town prohibited residents from hanging Turkish flags in their homes to show support for democracy in Turkey following the brutal coup attempt, casting a shadow on freedom of expression in the country.