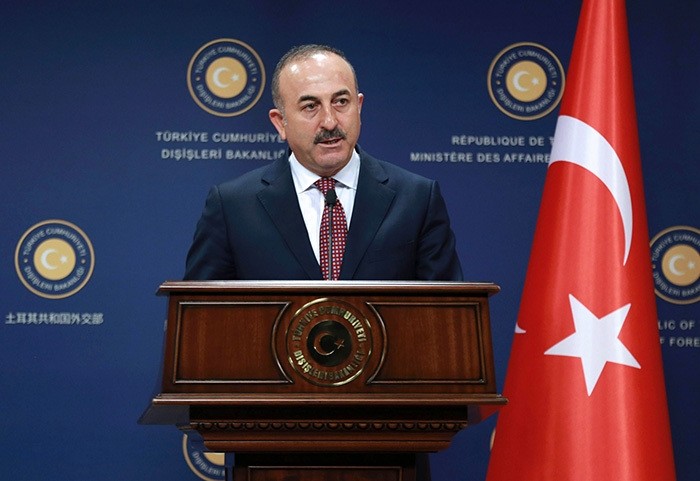 As discussions regarding establishing a trilateral coordination group that includes Turkey, Russia and Iran continue, Foreign Minister Mevlüt Çavuşoğlu paid an unexpected visit to Iran on Thursday prior to his first official visit to India. With Turkey and Iran having a common understanding on the territorial integrity of Syria, Minister Çavuşoğlu stated on Friday that the purpose of his visit was to exchange ideas on the Syrian crisis. "We must enhance our efforts [referring to Syria]. The issue deepens as time passes and becomes unsolvable. That was the reason for my visit to Tehran. We once more exchanged ideas and it was absolutely productive," Çavuşoğlu stated.

Pointing out once more that his Iranian counterpart gave highly significant support to Turkey on the night of last month's failed coup attempt, Çavuşoğlu in his remarks noted that the Syrian crisis along with terrorist organizations the PKK and the PJAK were discussed in more detail.

Continuing his remarks by underlining that the constructive role of Iran and Russia is highly significant for regional problems, Çavuşoğlu said: "If negative roles continue, the conflicts will also continue. Thus, we are devoting all efforts to maintain a positive role and ready to cooperate for the sake of protecting Syria's territorial integrity. We already have a common understanding on this matter with Iran, and Russia has indicated similarly."