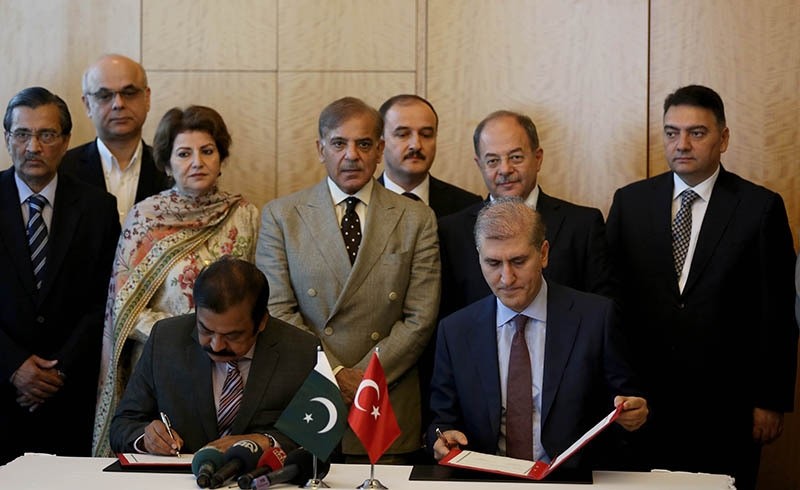 Turkey and Pakistan have signed a new deal on healthcare cooperation.

Sharif also commented on Turkey-Pakistan relations, saying: "We have a bright and secure future."

"We were the first nation in the world to issue condemnation over the [July 15] coup attempt," he added.

Regarding Gülen terror-cult (FETÖ)-linked schools in Pakistan, Sharif said: "When [Turkey's] AK Party parted ways from the Gülenists, we stopped further expansion of the schools in Punjab. In fact, we cancelled a couple of permissions for them to establish a university. All [FETÖ] schools are taken away from Punjab," he said.

"Nothing can be supported in Pakistan [which is] against Turkey. Turkey's enemies are our enemies," he added.