YPG will be targeted if they don't retreat, FM Çavuşoğlu says 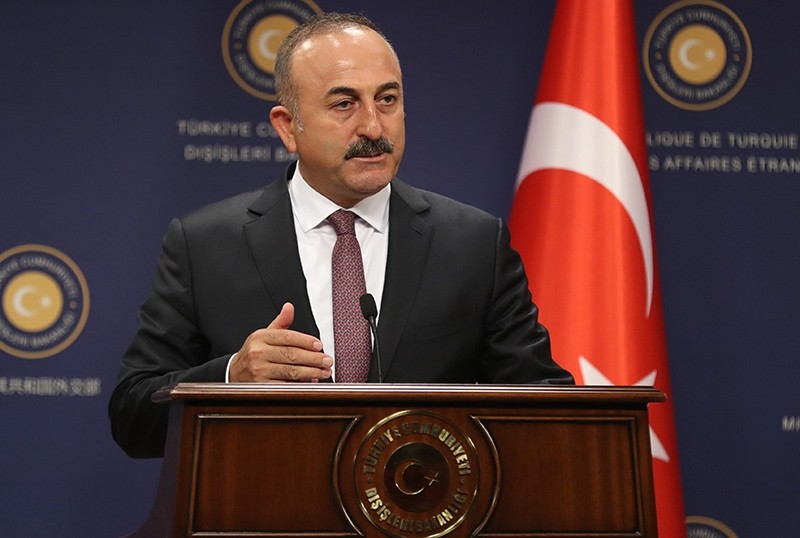 Foreign Minister Mevlüt Çavuşoğlu said the PKK-linked YPG is engaged in ethnic cleansing in Syria, and criticized them for opposing Turkey's anti-Daesh operation in the region.

Speaking at a joint press conference with his Dutch counterpart Bert Koenders in Ankara, Çavuşoğlu harshly criticized the PKK's Syrian affiliate YPG for failing to retreat back to the east of Euphrates as they previously pledged.

''The YPG needs to retreat back to the east of Euphrates River, as they and the United States has previously pledged, and will be targeted if they fail to do so'' Çavuşoğlu warned.

Çavuşoğlu noted that the Euphrates Shield Operation launched by Turkey aims to cleanse Daesh off the region and is pushing the terrorists away from the cities they previously controlled.

He highlighted that as Turkey previously stated, it is not possible to defeat Daesh with air strikes alone and that effective land operations are necessary to clean the terrorists from Syria and Iraq.

''There would be no Daesh in Iraq or Syria had five or six countries made such cooperation about this issue'' he added.

With regards to the German politicians' visit to İncirlik Air Base in Adana, Çavuşoğlu said that Turkey will authorize their visit if Germany needs to take the necessary steps.

''We do not permit those who irresponsibly play around with our history to visit our exclusive zones'' Çavuşoğlu said, in reference to a recent motion passed by the German parliament recognizing the 1915 events as 'genocide.'

The foreign minister responded harshly to the claims that Turkey was 'interfering' with the internal affairs of Holland.

''Isn't it meddling with affairs when Holland or another western country tries to give Turkey a democracy lesson?'' he said and slammed such claims by saying that it is hypocritical for some to call it interference in domestic politics when Turkey expresses its opinion about Turks living in Europe, calling it nonsense double standards.
The Turkish Armed Forces (TSK) shelled YPG targets Thursday that were reportedly trying to move toward the south Syrian town of Jarablus from northern Manbij despite warnings from the army.

The Turkish Army had warned the PYD during Operation Euphrates Shield to retreat to the Sajur River, which originates in Turkey and flows into the Euphrates in Syria.

In spite of these warnings, the group continued to advance, but had to return to the Sajur River after the TSK shelled the area.

Despite U.S. Secretary of State John Kerry telling Foreign Minister Mevlüt Çavuşoğlu in a telephone call Thursday morning that PYD units were moving to the east of the river, the group continued its offenses amid the conflict between Turkish-backed moderate opposition forces and Daesh terrorists.

The PYD — the Syrian affiliate of the terrorist PKK — has been expanding its dominance west of the Euphrates River since late December, reinforcing its presence in the region using the fight against Daesh as a pretext.