Turkey continues to be a strong NATO ally, work with us to defeat Daesh, says Obama 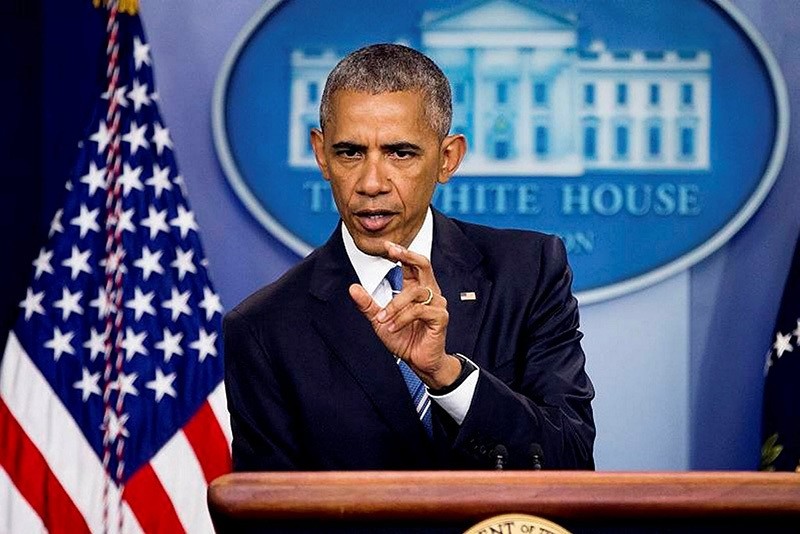 Turkey continues to be a strong NATO ally and they are working with us to defeat Daesh, the U.S. President Barack Obama said ahead of the G20 summit in Hangzhou, China.

Speaking to CNN's Fareed Zakaria before Sunday's scheduled meeting with President Recep Tayyip Erdoğan, Obama made important comments regarding its relations with Turkey, which have been strained over the U.S.' support to the PKK terrorist organization's Syrian wing PYD and the long-debated issue of Gülenist terror-cult leader Fethullah Gülen's extradition.

"We haven't seen a diminshing effect on our security relations. Turkey continues to be strong NATO ally, they are working with us to defeat ISIL. And, are an important partner on a whole range of security issues in the region," Obama said.

Turkey's national unity during the July 15 coup attempt was a "ray of hope" in a time of tribulation, Obama noted. "What was encouraging was the degree to which the Turkish people, including those who were opposed to President [Recep Tayyip] Erdoğan, [were] stepping up and saying this is unacceptable," he said. "That was the ray of hope that came out of what was a really challenging event."

The coup attempt in Turkey left 240 people killed and 2,200 others injured as the Turkish people took the streets to thwart rogue members of the Turkish military attempting to seize power from the democratically elected government.

According to Turkish Justice Minister Bekir Bozdağ, 55,000 people have been "subjected to legal procedures" since the coup attempt, with more than half of them released.

Responding to potential U.S. concerns over the Turkish response, Obama said. "But no doubt what is true is that they've gone through a political and civil earthquake in their country. And they got to rebuild it. And how they rebuild it is going to be important. And what we want to do is to indicate to them the degree to which we support the Turkish people, but like any good friend, we want to give them honest feedback if we think that the steps they are taking are going to be contrary to their long term interests and our partnership," he added.

The comments come as Turkey continues Operation Euphrates Shield in northern Syria, with the self-declared aim of clearing terrorist elements from along its southern border, and as the U.S. continues to lead a coalition of countries, including Turkey, who are jointly fighting Daesh in Iraq and Syria.