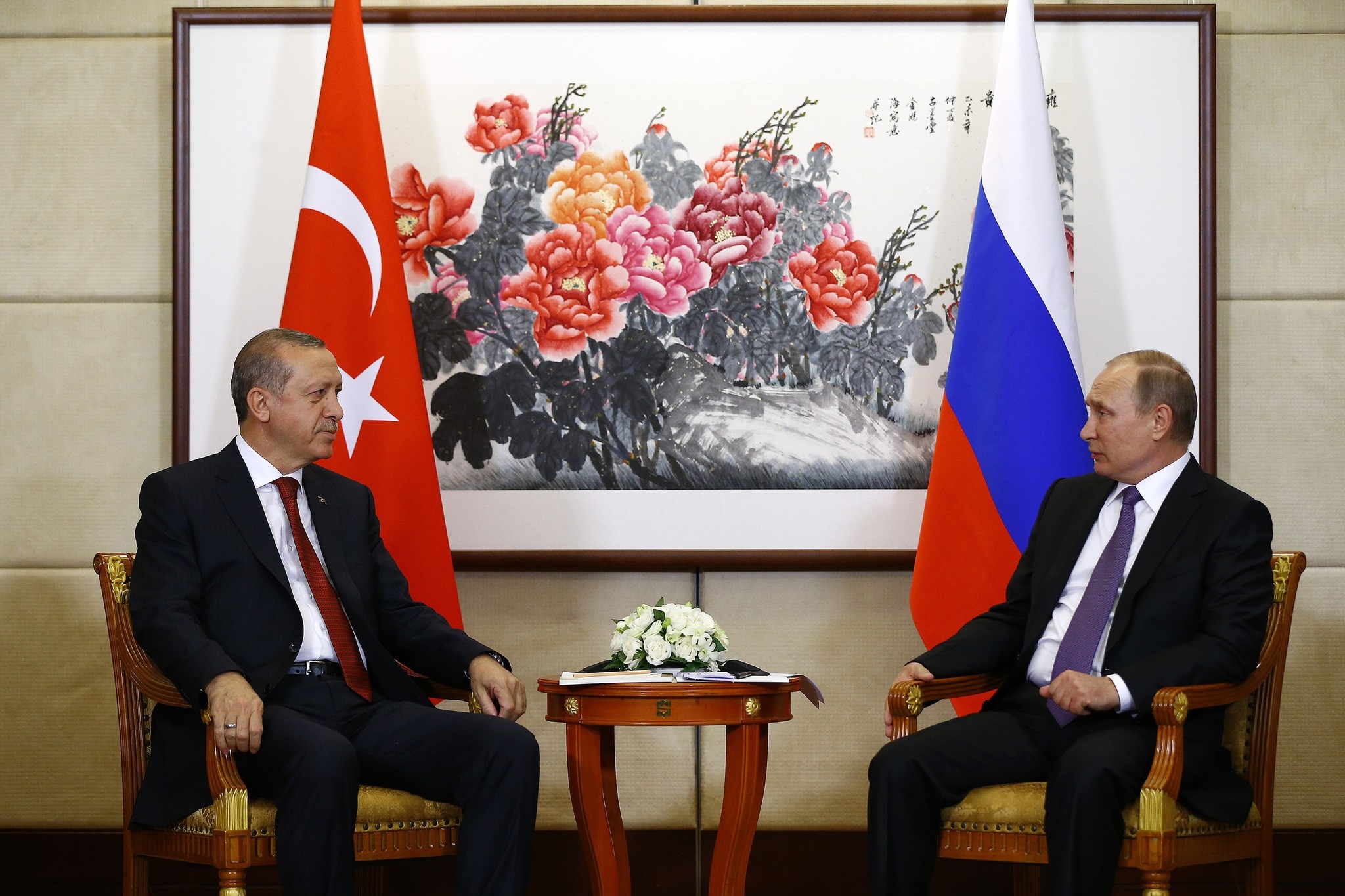 President Recep Tayyip Erdoğan met his Russian counterpart Vladimir Putin on the sidelines of the G20 summit in China Saturday to discuss regional developments as well as the bilateral ties between the two countries.

Ahead of the G20 summit in China, the two leaders held a two-hour closed meeting at the Shangri-La Hotel in the coastal Chinese city of Hangzhou -- their first since ties between Moscow and Ankara entered a new phase following an Aug. 9 meeting in St. Petersburg.

Speaking before the one-on-one meeting, Erdoğan said the two leaders will discuss very important matters regarding political developments in the region as well as economic ties.

Putin for his part said: "We see that Turkey is going through hard times; we are pleased that the political situation is returning to normal. We are aware that the country is fighting against terror and facing serious threats."

Putin underlined that "once the normalization is fully achieved, we will be able to move forward more quickly."

Putin had given his support to Turkey during the July 15 foiled coup and said he stood by the elected government in Ankara, offering his condolences to the victims of what Erdogan called the "most heinous" armed coup attempt in modern Turkish history.

Relations between the two countries soured last November after the downing of the Russian jet, which had violated Turkish airspace along the Syrian border. The issue seemed largely resolved June 29 through a letter and subsequent telephone calls between the countries' leaders.

On Sunday morning, the Turkish President is due to meet with German Chancellor Angela Merkel at 03.30 GMT and United States President Barack Obama at 04.45 GMT.

The 11th G20 summit, attended by the leaders of the world's 20 most industrialized countries, will be held in Hangzhou in Zhejiang province Sept. 4-5.