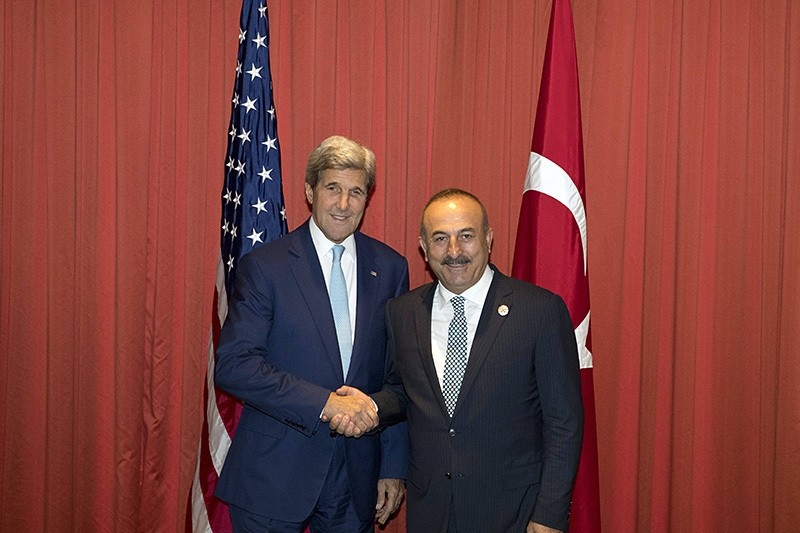 US Secretary of State John Kerry (L) and Turkish Foreign Minister Mevlut Cavusoglu (R) shake hands prior to a meeting at the G20 summit in Hangzhou. (AFP Photo)
by Daily Sabah Sep 03, 2016 12:00 am

Foreign Minister Mevlüt Çavuşoğlu met with his U.S. counterpart John Kerry on Saturday before the G20 summit in China's Hangzhou.

The foreign ministers discussed the latest situation in Turkey's fight against the Gülenist terror-cult (FETÖ) and the extradition process of the cult's leader Fetullah Gülen.

The latest developments in northern Syria and the fight against Daesh were also discussed, according to diplomatic sources.

The already strained Turkey-U.S. relations over Washington's partnership with the Democratic Union Party (PYD), the PKK terror group's Syria offshoot, had recently reached new lows thanks to the U.S.'s reluctance to extradite Gülen, the Pennsylvania-based leader of the FETÖ cult who was behind the bloody July 15 coup attempt against Turkey's democratically elected government.