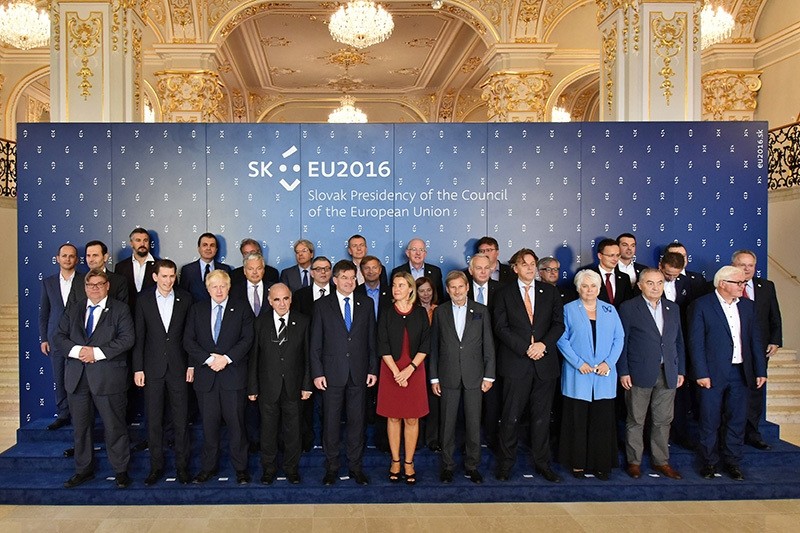 Turkey's European Union Affairs Minister Ömer Çelik said on Saturday that his meeting with EU's 28 foreign ministers had resulted in a "very strong consensus" that they should work more closely after ties soured over the failed coup attempt.

But he also told reporters after his talks with EU ministers on Saturday: "As a result of the meeting, there is very strong consensus about focusing on a positive agenda and further enhancing cooperation between Turkey and the EU."

The European Union, which depends on Ankara to keep the movement of migrants to the bloc, had hoped the meeting would ease tensions with Turkey.

Çelik said Ankara would stick to the migration accord but that the security situation meant it was not realistic to expect the Turkish government to relax its counter-terrorism laws now, as is required by the EU to grant visa-free travel to Turkey.

Speaking after the meeting in Bratislava, German Foreign Minister Frank-Walter Steinmeier said that Foreign Minister Mevlüt Çavuşoğlu would travel to Strasbourg next week to discuss the Council of Europe's role in preparing post-coup prosecutions in Turkey.

Steinmeier also told reporters that Germany stood by Turkey after the coup and had high respect for the Turkish people who rose up to put down the putsch attempt. He acknowledged German statements had perhaps lacked the empathy that Ankara expected.