President Erdoğan meets Obama, Merkel ahead of the G20 Summit 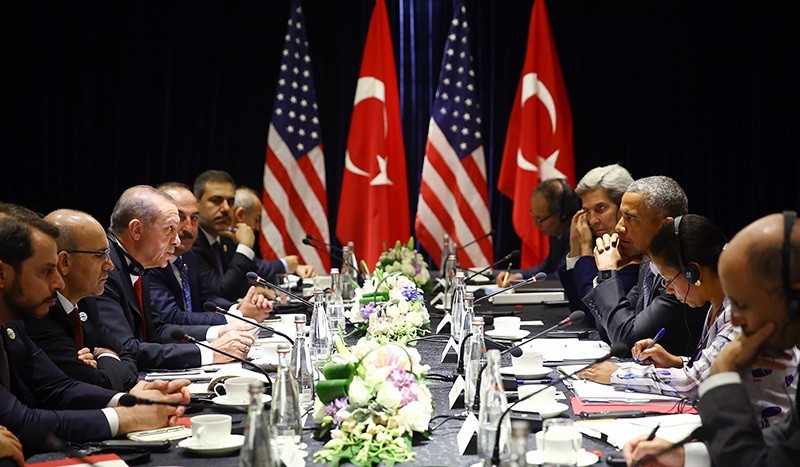 President Recep Tayyip Erdoğan met with German Chancellor Angela Merkel and U.S. President Barack Obama on Sunday, ahead of the G20 Summit in China. He discussed a number of issues with both leaders, including cooperation on regional terror threats, relations between Turkey and the E.U., the refugee crisis, as well as the extradition of Fetullah Gülen.

Following his meeting with Obama, President Erdoğan underscored Turkey's determination in its fight against terrorism and the extradition of U.S.-based cult leader Fetullah Gülen, who is accused of masterminding the deadly July 15 failed coup attempt. 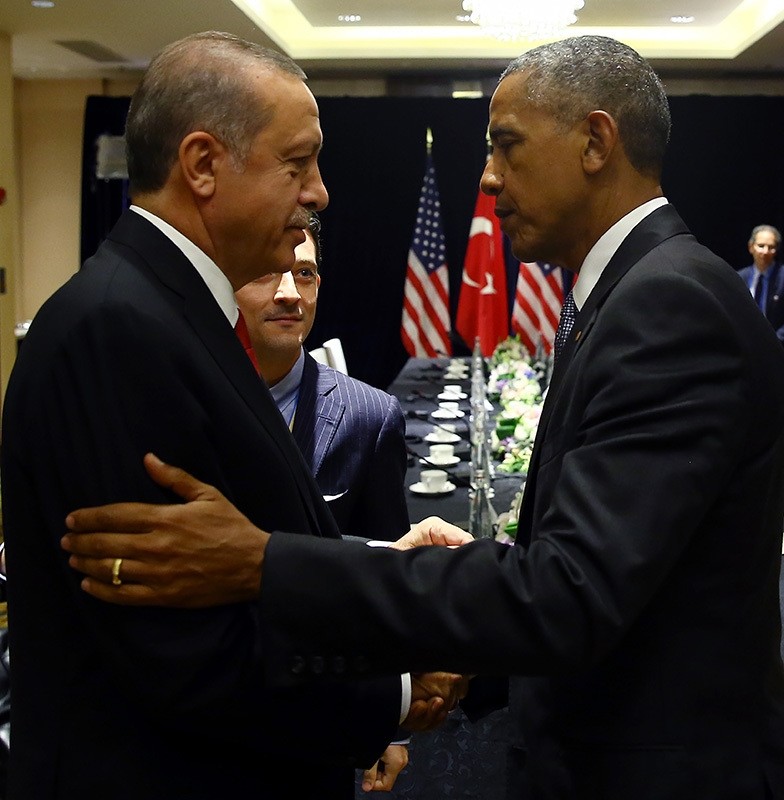 The two leaders held a 45-minute long closed-door meeting with their delegations and held a brief press conference following the meeting, marking the first time they have met face-to-face since the July 15 failed coup attempt.

Erdoğan said once again that there should be no distinction between "good terrorists" and bad ones.

He noted that all terrorism is bad and said that the U.S. and Turkey must adopt a common attitude against terrorism.

"Turkey's fight against all terror organizations including Daesh and YPG will continue with determination" he said.

President Obama highlighted that Turkey should not bear the burden of refugees alone, and said that he wishes the strong partnership between Turkey and the U.S. will continue.

Turkey is the largest refugee hosting country, providing shelter to over three million Syrian refugees who fled the conflict.

The meeting comes after Merkel defused tensions between Berlin and Ankara over a parliamentary resolution passed in Berlin in May that declared the 1915 events as genocide. 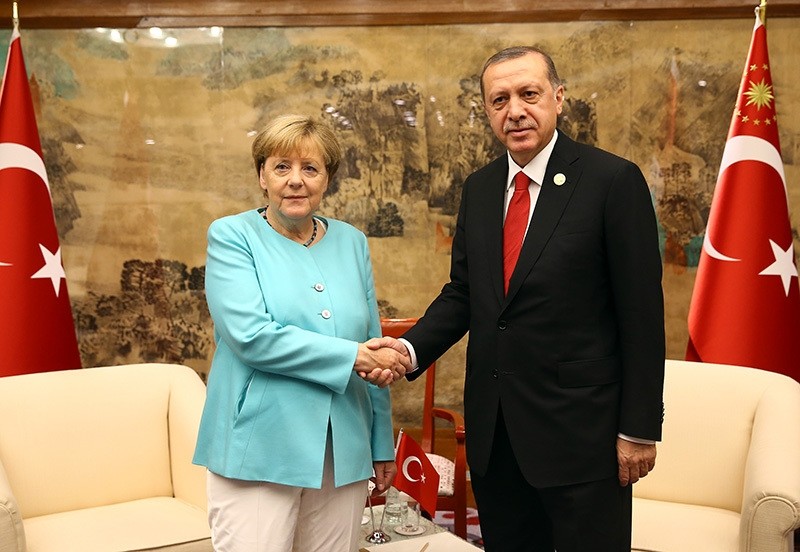 The German government said Friday that the resolution was not legally binding.

There was no indication whether Merkel and Erdoğan had discussed a Turkish ban on German visitors to Incirlik air base.

Turkish officials have blocked German political delegations from visiting the military base in response to the parliamentary resolution.

On Aug. 29, Foreign Minister Mevlüt Çavuşoğlu said that Turkey would authorize German parliamentarians to visit to the air base; however, he reiterated that Germany would need to take the necessary steps.

''We do not permit those who irresponsibly play around with our history to visit our exclusive zones,'' Çavuşoğlu had said, in reference to a recent motion passed by the German parliament on the 1915 events.

It was their first face-to-face meeting since the July 15 failed coup attempt, although Merkel has spoken with the President by telephone several times since then.

The 11th G20 summit, attended by the leaders of the world's 20 most industrialized countries, will be held in Hangzhou in Zhejiang province Sept. 4-5.