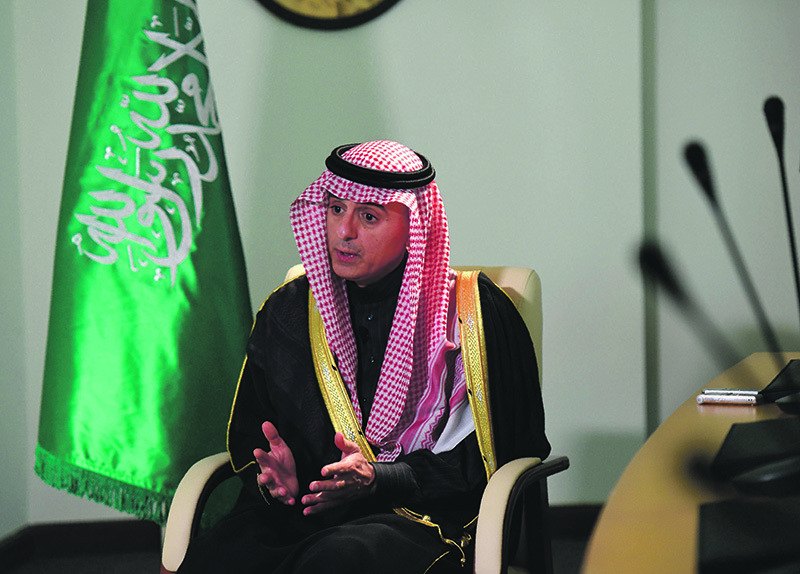 Adel Al Jubeir, the Minister of Foreign Affairs for the Kingdom of Saudi Arabia, will attend a discussion on Sept. 9 with Turkey's prominent think-tank center Foundation for Political, Economic and Social Research (SETA).

The main topic of the discussion titled "Turkish-Saudi Relations: A Cooperative Approach in an Increasingly Transforming Region", which will be held in the office of SETA Foundation in Ankara, will be about the importance and necessity of an alliance between Turkey and Saudi Arabia for the fight against regional terrorism, the Syrian crisis and other issues in the Middle East.

In light of current hot developments in the region, the discussion will serve to draw attention to possible opportunities for collaboration on rapidly evolving regional issues.

The event will be both in Turkish and English, while Burhanettin Duran, SETA general coordinator and Daily Sabah columnist, will be the moderator of the meeting. Besides the regional terror developments, other topics of the meeting will be about security, economy and politics.

You can find more information regarding the event at SETA's website: Turkish-Saudi Relations: A Cooperative Approach in an Increasingly Transforming Region