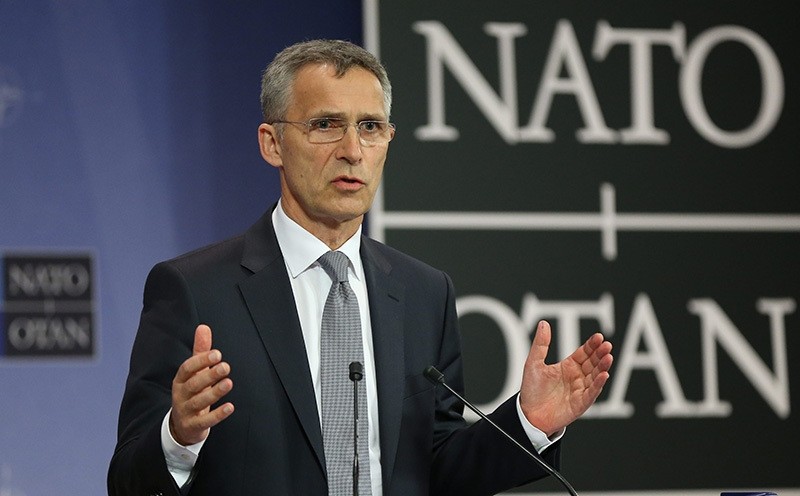 NATO said in a statement Tuesday that Stoltenberg will visit Ankara, the Turkish capital, on Thursday and Friday.

Over 270 people, including some 30 putschists, died in the July 15 coup attempt and developments since have strained relations between Turkey and many of its NATO allies.

Turkish authorities have accused the West of being more concerned about the rights of the plotters and of people who supported them than the attempt to overthrow the lawfully elected government of a NATO member by force.

The alliance gave no further details of Stoltenberg's meeting Thursday and Friday with Erdoğan.

NATO and Stoltenberg have repeatedly expressed support for the Turkish government in the coup's aftermath, insisting that the US-led alliance means what it says in supporting democracy.

At the same time, NATO has been cautious on the crackdown, calling for Ankara to ensure human that rights norms that all alliance members are supposed to adhere to are not compromised.

US Vice President Joe Biden visited Turkey late last month, the most senior western official to do so since the coup, as Washington tried to mend ties badly strained by Ankara's demand that it hand Gülen over for trial.

European Union Foreign Affairs Chief Federica Mogherini is due to visit Turkey on Thursday and Friday as well, following a trip last week by European Parliament head Martin Schulz who has been notably critical of the crackdown.

Turkey is a key NATO ally, second only in military numbers to the United States, but it has found itself at odds with Washington over Syria where last week it launched an incursion to set up a no-fly zone on its southern border.

As Turkey and the Free Syrian Army (FSA) battles Daesh terrorists in northern Syria along with the U.S.-led coalition, Ankara also clashed with the YPG, PKK's Syrian wing backed by Washington in its fight against Daesh despite Turkey's protests.

In early August, NATO had to make clear that Turkey's membership of the alliance was "not in question" when Erdoğan made a highly-symbolic visit to Russia to mend fences with Moscow after Turkish jets shot down a Russian fighter in November along the Syrian border.