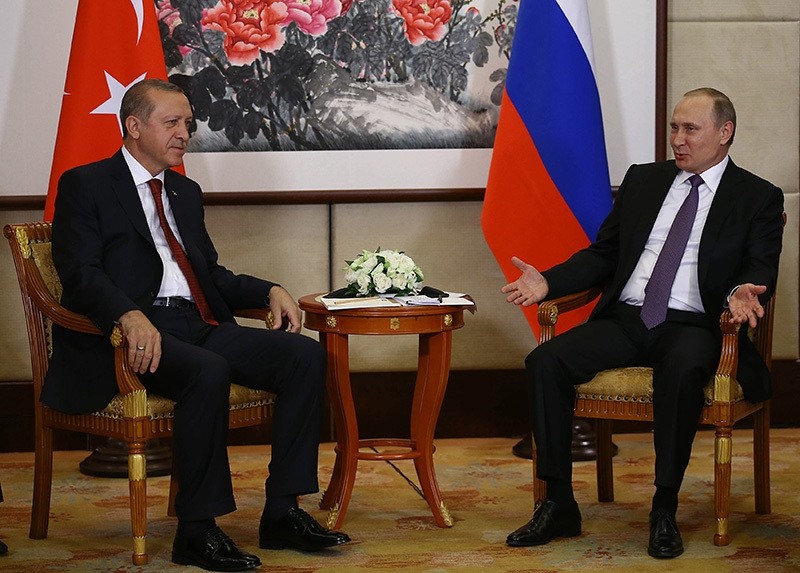 Operation Euphrates Shield was "not something unexpected" for Russia, Russian President Vladimir Putin said Monday in a G20 meeting.

Speaking at a press conference following the G20 Hangzhou Summit in China, Putin said: "Turkey's operation in Syria was not something unexpected for us. Foreign Affairs and Intelligence exist so that we face fewer unexpected developments. We understood what was going on and where things would lead."

Putin said Russia maintained dialogue with Turkey and the U.S. over Syria, and would not support anything that was not in line with international law.

He also said the foreign ministries of Russia and the U.S. were working on some pre-agreements.

"I think we are on the right path and we can agree on some mutual steps to improve the situation in Syria. Of course, we also need to discuss this with the Syrian regime and Iran," he said.

As for the normalization of Turkish-Russian relations, Putin said the process was ongoing and both peoples sincerely wanted to improve bilateral ties.

Ties between Moscow and Ankara entered a new phase following the Aug. 9 meeting between President Recep Tayyip Erdoğan and Putin in St. Petersburg.

Relations between the two countries soured last November after the downing of the Russian jet, which had violated Turkish airspace along the Syrian border.

The issue seemed largely resolved on June 29 through a letter and subsequent telephone calls between the countries' leaders.

On June 30, Russia lifted a ban on tourist flights to Turkey following a phone conversation between Putin and Erdoğan.

Turkish and Russian foreign ministers later met in the Russian city of Sochi on July 1.

Putin gave his support to Turkey over the July 15 coup attempt and said he stood by the elected government, offering his condolences to victims of what Erdoğan called the "most heinous" armed coup attempt in modern Turkish history.

On July 22, Russia also lifted restrictions on flights to Turkey, which had been implemented temporarily following the coup attempt, after Turkish officials assured their Russian counterparts that additional security measures were being taken.
Last Update: Sep 06, 2016 3:22 pm
RELATED TOPICS