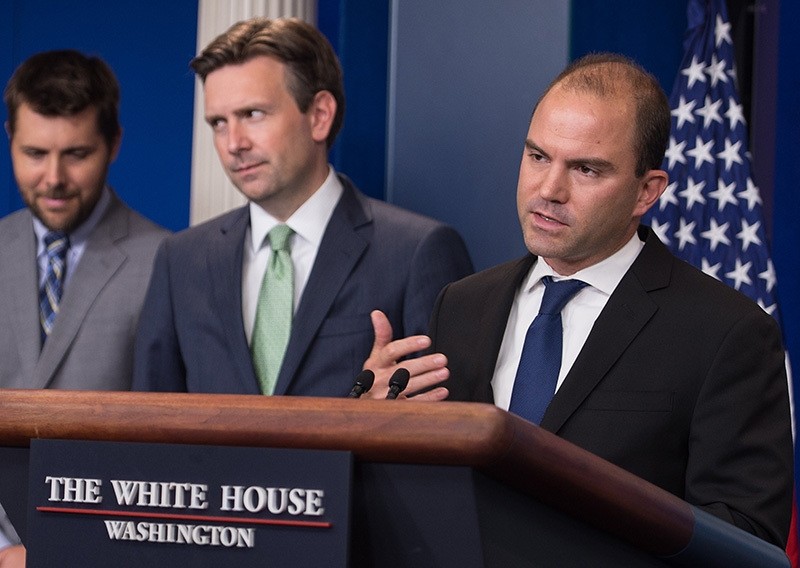 The U.S. is still not considering a no-fly zone in northern Syria as it says it might not help resolve the broader conflict in the war-torn country, U.S. President Barack Obama's national security advisor said Tuesday.

"We do not think a no-fly zone would resolve the fundamental issues on the ground because there continues to be fighting on the ground," Ben Rhodes told reporters in Laos, where the president has been for a regional summit.

"A no-fly zone would necessarily only be contained to one specific area, and we have problems and violence across the country," he added.

Rhodes' comments came after President Recep Tayyip Erdoğan reiterated his call for a no-fly zone and the formation of safe zones for refugees in northern Syria during his China visit for the G20 summit there.

Rhodes said the U.S. will continue to dedicate resources to the fight against DAESH but pointed to the importance of sealing off the Turkish-Syrian border and ridding it of DAESH in terms of preventing the flow of foreign fighters.

He also commended Turkey's operations in Jarablus to rid its border of DAESH elements, saying it "has been a key priority" for a long time.

"If we can seal that border using Turkish forces, opposition forces, with our logistical and air support, I think that would help us make a substantial gain against DAESH," he added.

Asked whether failure to extradite U.S.-based Fethullah Gülen, leader of the Gülenist Terror Group (FETÖ), would do irreparable harm to Turkish-American relations, Rhodes said that Washington is not ignoring Ankara's concerns.

Turkey issued a formal request last month to Washington to extradite the FETÖ leader after the terror group attempted to overthrow the government in Ankara through a bloody coup.

"It's an irritant on our relationship," he said. "The fact of the matter is, though, we have a system in which the president could not simply choose to return Gülen."

Rhodes said that the Justice Department has devoted considerable resources to reviewing Turkish evidence of Gülen's guilt and is sitting down with their Turkish counterparts.

"We're not ignoring their concerns, we're just saying you have to meet a legal threshold," he added.

Pentagon spokesperson Captain Jeff Davis said in his press meeting yesterday that cleansing DAESH from the Turkish-Syrian border was very important regarding the fight against the terrorist organization.

He added that elements of the Democratic Union Party (PYD) have retreated east of the Euphrates, where they are planning the next phase of the anti-DAESH fight with U.S. Special Forces.

Ankara has been asking the U.N. to establish safe zones in Syria since 2012, but could not find the necessary international support. The bombardment of opposition areas by the regime and Moscow have continued, which have caused tens of thousands of people to die and many others to flee, while the U.S. continues to not support the idea of a no-fly zone.