Turkey is an important part of Europe, NATO, says Norwegian FM after visit 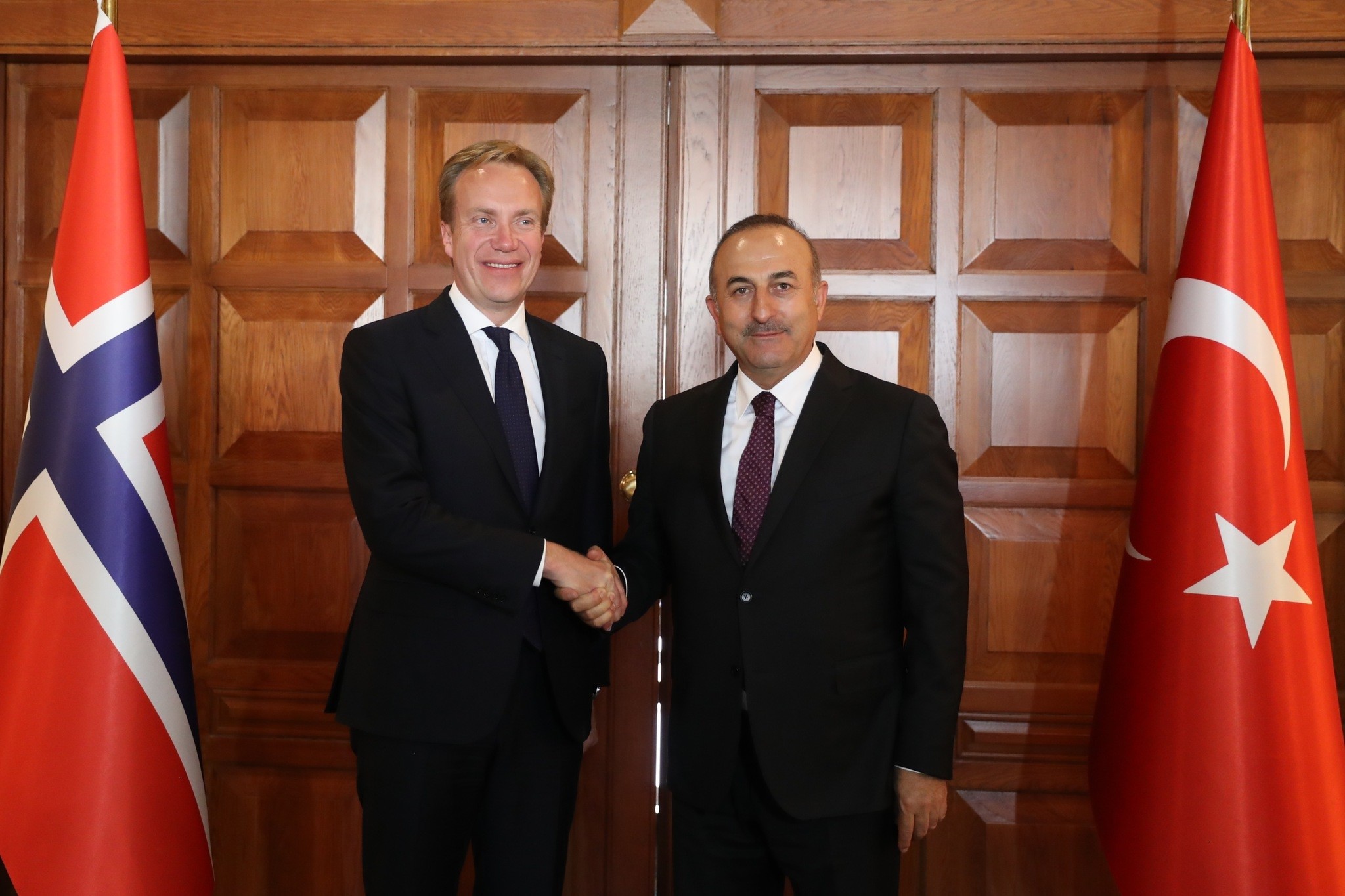 Speaking at a press conference after a one-on-one meeting with Turkish Foreign Minister Mevlüt Çavuşoğlu at the official residence in Ankara, Norwegian FM Børge Brende said: "For Norway, Turkey is an important part of Europe and the NATO."

Underlining the importance of Turkey's role in the international arena, Brende also said that Turkey's normalization process with Russia was a very constructive step for the whole region.

Marking his first visit to Ankara to show solidarity with Turkey since the attempted coup in July, Brende said that despite this being his third visit to Turkey this year, his latest visit holds a special meaning.

Offering his condolences for the victims of the coup, Brende reiterated that Norway supports Turkey's elected government and president.

Saying that he had previously called Çavuşoğlu to condemn the coup attempt, Brende said that he hoped to further develop the bilateral ties between Turkey and Norway.

"My friend Mevlüt is quite familiar with Norwegians, because in his electoral dstrict Alanya perhaps there are more Norwegians than Turks," he said jokingly.

"When I visited the parliament building today, I saw with my own eyes the level of destruction you talked about on the phone, it was quite an emotional experience," said Brende.

Stating that he saw a united Turkey with people from all parties during his visit to parliament, Brende also expressed hope for a less polarized and more cooperative Turkey.

Reminding that Turkey had kept Norway informed of its concerns about the FETÖ (Gülenist Terror cult) over the last few years and not just recently after the coup attempt, the FM thanked his Turkish counterpart for the additional information he was given today.

Gülen, who has lived in self-imposed exile in the U.S. state of Pennsylvania since 1997, is also accused of running a long-running campaign to overthrow the state through the infiltration of Turkish institutions, particularly the military, police, and judiciary, forming what is commonly known as the parallel state.

Çavuşoğlu had also met with NATO Secretary General Jens Stoltenberg on Friday, who made his first visit to Turkey since the attempted putsch.

Stoltenberg expressed parallel views to that of Brende.

"Turkey is and will remain a strong and highly valued member of NATO," said Stoltenberg, "A democratic, strong and stable Turkey is important for our shared security."