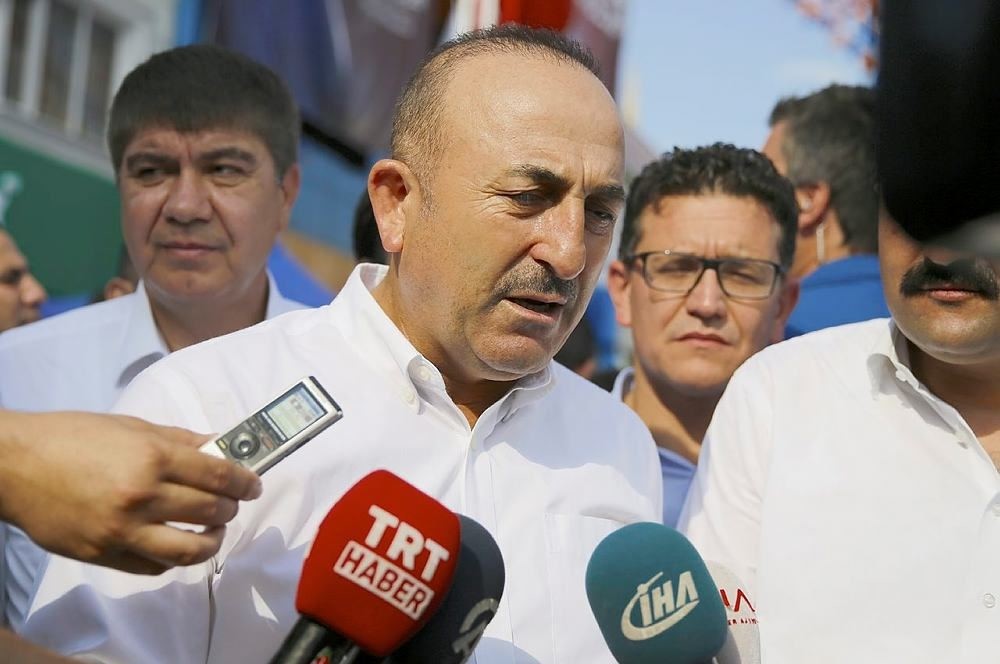 Foreign Minister Mevlüt Çavuşoğlu slammed Tuesday the recent statement by the U.S. Embassy in Ankara about the removal of 24 PKK-tied mayors, saying no foreign ambassador can act like a governor in Turkey.

The U.S. Embassy on Sept. 11 called on for early elections in east and southeast Turkey, voicing concern about a government decision to replace 24 PKK-tied mayors with administrators.

Last week, some mayors charged with various crimes, including membership of a terrorist group, aiding and abetting a terrorist group and terror financing, were replaced by state administrators through a governmental decree.

"Some statements, especially coming from our allies, make us sad at a time when we are fighting against terrorism" Çavuşoğlu said on Tuesday in his hometown Antalya, criticizing the US attempt to meddle in Turkey's internal affairs.

"No elected official can be untouchable if they are aiding terrorists," he added.

The foreign minister also complained that "the Americans feel entitled to say anything."

"None of you are the bosses of Turkey … If you want to have a strong relationship with Turkey, you will consider Turkey as an equal partner," Çavuşoğlu said. "It is not a second-class country."

"Your ambassadors are not governors in Turkey. They should do their jobs properly within the framework of the Vienna Conventions," he added.

"Gülen should be extradited to face trial. All those who fled abroad who are linked to the failed coup will have to account for it eventually" he stated.