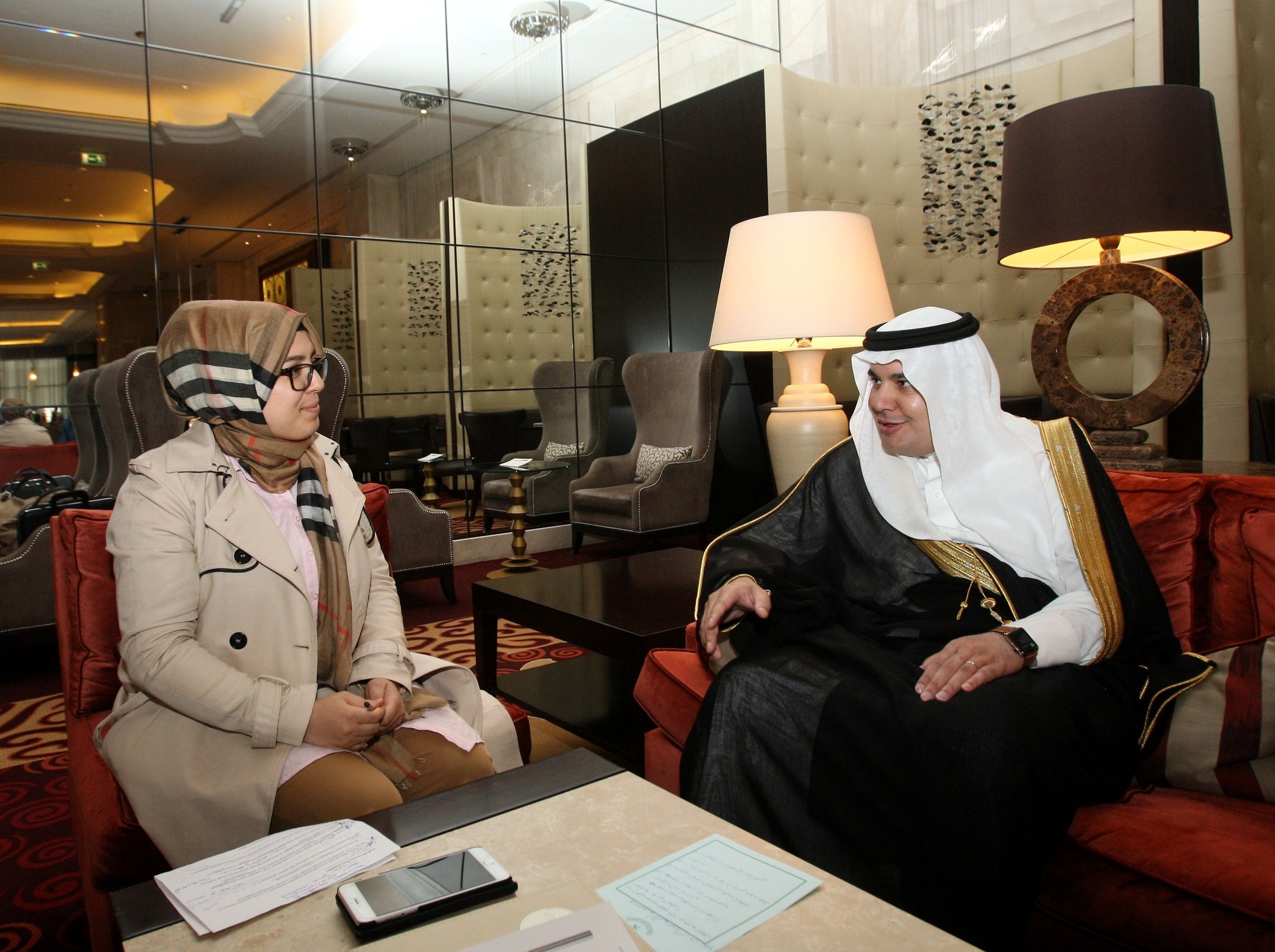 Saudi Minister of Culture and Information Adel al-Toraifi praised the exemplary relations between Turkey and Saudi Arabia in an exclusive interview given to Daily Sabah on Thursday while stressing that "the security of Turkey is the security of Saudi Arabia."

The Saudi official addressed the failed July 15 coup attempt by the Gülenist Terror Group (FETÖ) as he said the Saudi administration is "in close cooperation with the Turkish government to prevent any operations by FETÖ members or affiliates in the [Saudi] Kingdom or in the region."

Shortly following the attempted coup on the night of July 15, Saudi King Salman contacted President Recep Tayyip Erdoğan and expressed his solidarity and support to Turkey and the Turkish president.

Underlining that the Turkish people on the night of the coup attempt were a great example of bravery and patriotism, the al-Toraifi said "It has shown the true character of Turkish people, they are the bravest of the brave. It has set an example to the whole world."

The Saudi Minister continued by commenting on FETÖ, also describing it as a terrorist group, and said, "We are cooperating with Turkey to prevent any operations by the group's [FETÖ] members or affiliates within the kingdom and/or in the region."

Minister al-Toraifi, who is the youngest minister in the Saudi government coming from a journalism background, is also a member of the Political and Security Council of Saudi Arabia.

Commenting on the ongoing Syria crisis, the Saudi Minister strongly emphasized that any solution in Syria could not involve the continuation of Bashar Assad as the president of Syria." al-Toraifi said, "We are working very closely with our friends in Turkey and international allies to find a peaceful resolution and to end the war in Syria. However I do not think that any solution could involve the continuation of Bashar al-Assad at the president of Syria as he has killed millions of people horrifically. He has even threatened the security of Turkey and neighboring countries." Indicating that Assad is responsible for the emergence of terrorist groups like Daish and Al-Qaida, the Saudi Minister further said "a political solution in Syria is possible if Assad is out of the picture."

'The biggest victims of terrorism are the Muslims'

Commenting on the combat against Daish and radicalization in the region, Saudi Minister al-Toraifi said that the Islamic Military Alliance had recently announced a fight against all radical groups including Daish, al-Qaida and Hezbollah along with other terrorist organizations listed around the region.

Stressing that the Muslims are the biggest victims of terrorism, al-Toraifi said "the most targeted country by terrorists is Saudi Arabia." He added to his remarks by reminding that the Muslim world cannot only depend on the West in the fight against Daeish or al-Qaida and said "the Muslim world needs to fight Daish and al-Qaida together not only militarily but also by developing a counter narrative and discourse of moderate Islam. That is the only way of minimizing and limiting the rise of those terrorist organizations." In regards to the raising Islamophobia shortly after the emergence of Daish, al-Toraifi noted that the solution against Islamophobia must come from within the Muslim countries before reaching abroad. He further noted that Muslim countries must educate the West to differentiate between moderate Islam and the terrorist organizations.

Touching upon the rapid increasing interest toward Turkish soap operas, the Saudi Minister of Culture and Information Adel al-Toraifi said the people of Saudi Arabia have great respect for the people of Turkey and added "Turkish soap operas are among the highest rated shows in Saudi. Turkey is listed as one of the most popular tourist destinations for Saudi Arabians. For that reason, I have met with Turkish officials including the Minister of Culture and Tourism as well as the head of Turkish Parliament along with various other officials." Providing information on the efforts to increase the socio-cultural interaction between the two countries Minister al-Toraifi said "Saudi press agencies are going to publish in Turkish language two months from now and next year we are going to have a seasonal special channel for Hajj Turkish that will be a window for Turkish people into Maccah and Madina as well as to all Hajj practices. We want them to feel the spiritual atmosphere that is going on there." He said the Saudi government aims to "bring Hajj" to those Turkish people who haven't had the chance to visit it. Minister al-Toraifi finalized his remarks by giving information on other projects in which he said Saudi Arabia is "inviting Turkey to our annual national book fair, and also to the art fair that will be announced next year. Additionally, we are organizing programs that do translations from Arabic to Turkish and vice-versa for classical, contemporary works of literature."