Gülenists have no place in Serbia because Turkey is our friend, says FM Dacic 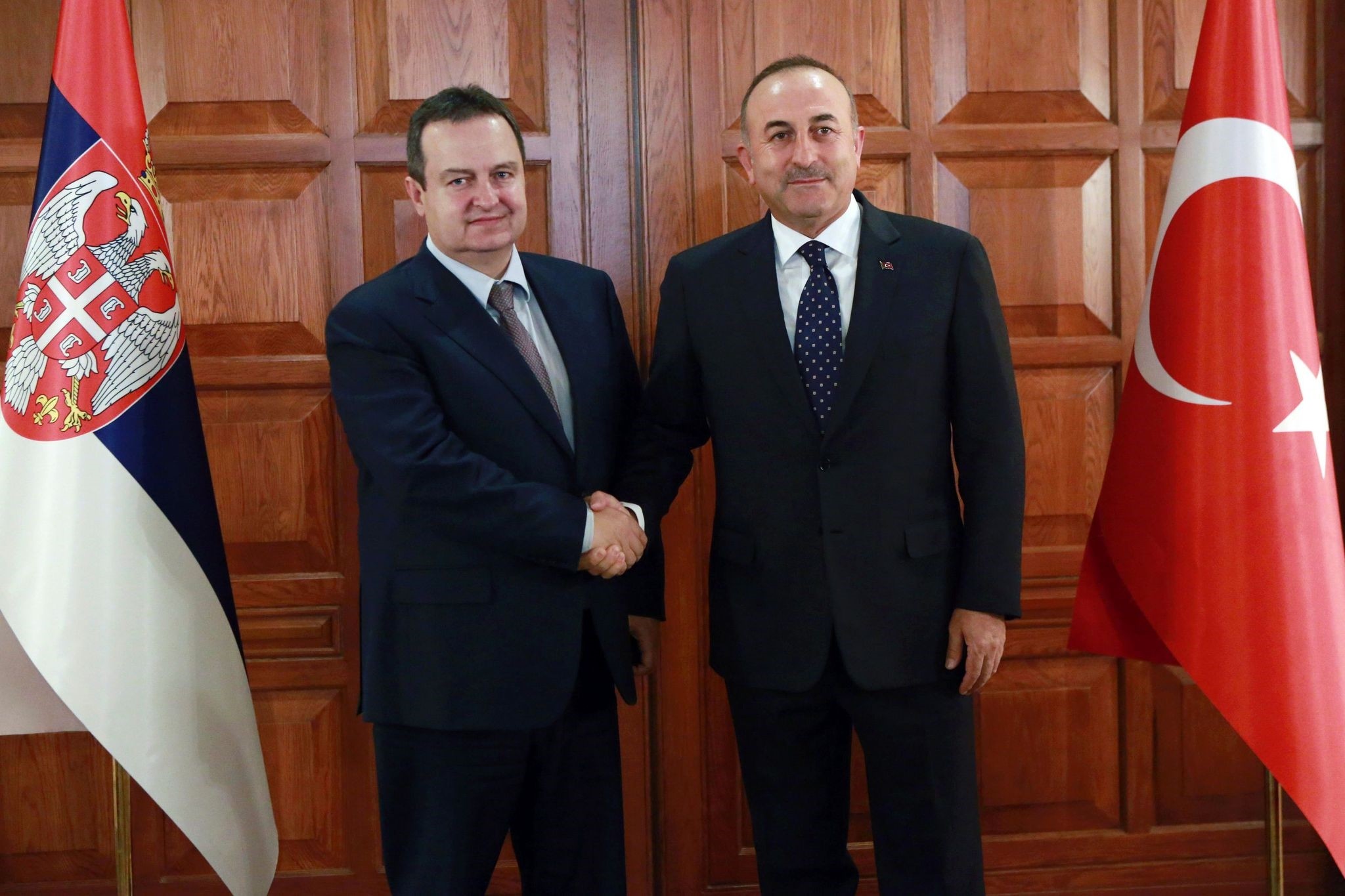 The "neighbors with no borders," Turkey and Serbia once again reiterated their willingness to strengthen democratic values and cooperate to reduce ethnic tensions in the Balkans. In a press conference held in Ankara, Foreign Minister Çavuşoğlu and his Serbian counterpart reiterated that democracy is the only way forward, with Dacic saying that the coup-plotting Gülenists "won't find any shelter in Serbia"

"Gülenists have no place in Serbia. Because Turkey is our friend," the foreign minister said.

Touching upon the presence of Gülenist institutions in the Balkan republic, Dacic said: "There are maybe 2 or 3 institutions in the whole of Serbia, that's all. Serbia pursues an independent foreign policy and with that, Gülenists cannot find shelter in our country".

"Serbia immediately condemned the coup attempt. We did not 'wait-and-see', we stood by Turkish democracy," he stated.

Touching upon President Recep Tayyip Erdoğan's Serbia visit, he said: "That was a very productive visit. I also want to invite my colleague Mevlüt to Belgrade for another visit."

"I would like to thank my friend Ivica for Serbia's determined stance against the coup. They supported Turkish democracy," he said.

Çavuşoğlu also added that Turkey and Serbia are working together to find solutions to the tensions in the Republika Srpska, the autonomous region of Bosnia and Herzegovina.

"We will collaborate with Serbia to reduce tensions in the Balkans," Çavuşoğlu said.

Before his meeting with Çavuşoğlu, Dacic was received by Prime Minister Binali Yıldırım. In the meeting, the Serbian FM reiterated that Belgrade was looking forward to collaborating with Turkey in many fields, including the high-level strategic cooperation council.