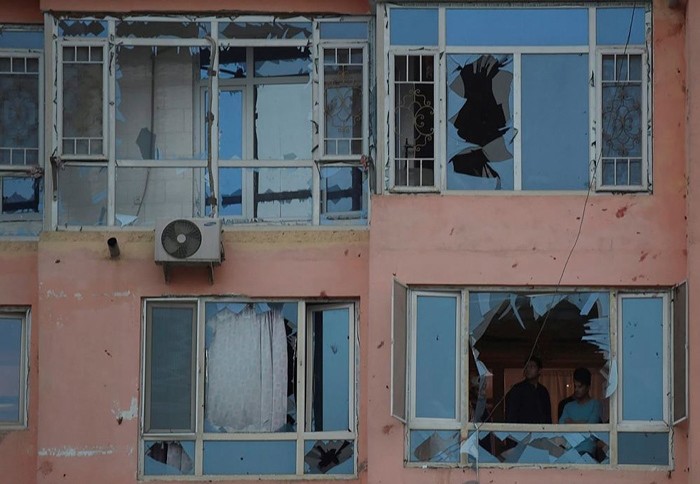 Afghan residents look out from a broken window near the site of a blast that targeted a bus carrying government employees in Kabul on October 5, 2016. (AFP Photo)
by Anadolu Agency Oct 05, 2016 12:00 am

Foreign Minister Mevlüt Çavuşoğlu made the announcement at a Brussels conference on Afghanistan.

"Turkey will continue supporting the Afghan government within the security and development agenda," he said in a speech to delegates from more than 70 countries and dozens of international organizations.

The sum covers the period 2018 to 2020. Turkey has supported Afghanistan since the fall of the Taliban regime in 2002 and Çavuşoğlu said the country had changed considerably in the last 14 years, although security remained fragile and the support of the international community was still critical.

"Our official development aid to Afghanistan reached $1 billion between 2002 and 2015, which is the highest aid amount Turkey has extended to another country," he said.

The minister pointed to terrorism, drug smuggling and poverty as the main problems facing the government.

He added that Turkey would contribute to projects relating to women's rights.

"We, with the help of Afghan officials, are now working on establishing a women's university in Kabul," he said.

Afghan women have been provided with military and police training in Turkey, Çavuşoğlu noted.

He also welcomed the peace agreement between the government and Hezb-i Islami insurgents.

"Successfully implemented reforms will bring more political and social coherence in the country," he said.