JASTA, support for PYD could cause US to lose Turkey, Saudi Arabia 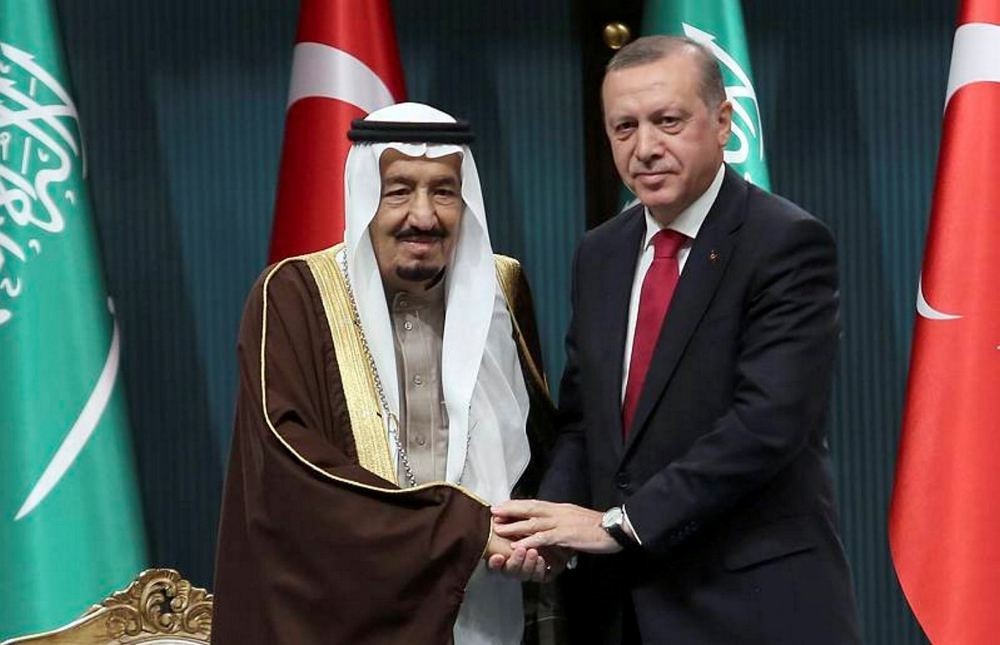 The U.S.'s Middle East policy has concerned Saudi Arabia and Turkey. While the U.S. support for the PYD has strained relations with Ankara, the JASTA issue maybe the last straw for Saudi Arabia

Congress voted to overrule U.S. President Barack Obama's veto against the bill allowing families of 9/11 victims to sue Saudi Arabia for the devastating attacks because the attackers held Saudi citizenship. It is certainly unusual that a sovereign state, recognized by every country, including the U.S., could be tried despite the well-known fact that neither its army nor its intelligence service were involved in the attack. It remains ambiguous what the families of the victims can do against Saudi Arabia, but the vote for the Justice Against Sponsor of Terrorism Act (JASTA) shows the U.S.'s unconventional policy toward its allies in the Middle East and lack of consideration that the region is being dragged into deadly conflicts and unending wars. Moreover, it shows that the U.S. applies incoherent policies and ignores evidence clearly demonstrated in the 2004 congressional report proving that the Saudi government played no role, nor plotted and never financed the 9/11 attacks. Another report, released by the Federal Bureau of Investigation (FBI), found the allegations of the Saudi government's involvement not credible.

The JASTA issue appears to be a pretext for taking a negative stance against Saudi Arabia since the relations between the countries have become stale. These relations seem to parallel relations with another long-time U.S. ally, Turkey, who has also begun having problems with Washington. The two countries believe that the U.S. has abandoned them at the expense of its ambiguous Middle East policy. As a result, speaking to Rotana Khalijiyya TV Channel last week, President Recep Tayyip Erdoğan said Turkey and Saudi Arabia may deepen their strategic alliance in the region.

Saudi Arabia, which is at war with the Iranian-backed Shiite Houthi rebels in Yemen, has staunchly opposed the nuclear deal with Iran. Riyadh has explained its opposing stance claiming that a more powerful Iran would result in more conflicts, as the Tehran administration has not hidden its sectarian ideology from Syria, Iraq, Yemen and the Shiite minorities in the Gulf countries. In line with the nuke deal and Iran's explicit support to the Houthis, a Saudi-led coalition that has been bombing Yemen, using American weapons, to break Iran's influence in the region. Several American politicians asked the Obama administration to stop the arms sale, even bringing a resolution to the Senate that would have strictly restricted the sale if passed, but the U.S. government continued both allying with Iran and selling arms to Saudi Arabia. Obama even told the Atlantic in April, Saudi Arabia had to share the region with Iran. Turkey, which is opposed to Iran's expansionism, has pledged its support to Riyadh. President Erdoğan expressed his support for Saudi Arabia, saying that the war in Yemen was legitimate, adding that a logistic support from Turkey was on the table.

The more than 400,000 lives claimed in the five-year war in Syria and displaced millions are considered to be a major failure for the U.S. in that region and threaten its alliances. Although claiming to be backing the opposition groups and considering Bashar Assad's regime illegitimate, Washington has pledged its support for PKK-linked PYD, a terror organization in Turkey, and abandoned opposition groups with the accusations of allying with al-Qaida linked groups. In the meantime, Russia has occupied Syria, Iran has been sending hundreds of militias every month and Iran-backed Lebanon-based Shiite militia group Hezbollah continues its operations to weaken the Turkey and Saudi-backed opposition groups. Both Saudi Arabia and Turkey warned the U.S. against Hezbollah and Iran's expansionism, but the U.S. support for PYD has made everything more complicated.

Moreover, the U.S. policy on oil prices as part of its rivalry with Russia has cost Saudi Arabia, one of the world's largest oil producers. Apart from the entrance of Iran to the oil market, the sharp decrease in the oil prices has hit the oil-dependent Saudi economy and led the Riyadh government to seek alternative ways to maintain its economy. "Amid rising U.S. shale production, Saudi oil exports to the United States declined by more than 50 percent from April to December 2014, dropping to 788,000 barrels per day in January 2015 before rebounding to over a million barrels per day in June 2015," a Council on the Foreign Relations report stated last April. Writing that "Balancing the oil market, or making the price "fair" for producers and consumers, is the stated goal of Riyadh's energy policy, with a price of $100 per barrel considered fair. As crude oil topped $100 a barrel in the previous decade, U.S. officials urged Saudi Arabia to boost supply and bring down prices. Those calls were silenced this decade, as high prices helped spur investment in U.S. "tight" oils, particularly those from shale formations. In 2014, facing a glut in supply, Saudi Arabia and the Organization of Petroleum Exporting Countries (OPEC), once again faced calls to curb production. In November 2014, Saudi oil minister Ali al-Naimi persuaded the OPEC to keep pumping to force high-cost producers, like those exploiting shale, oil sands and deep-sea resources, to reduce their output. Naimi called it a 'historic decision' for OPEC to rely on market forces rather than controlling prices as a swing producer or balance of supply and demand. The kingdom's subsequent increase in output helped force U.S. drillers to cut shale rigs by 75 percent since September 2014; however, the break-even point for shale has fallen considerably since this time and the U.S. oil policy was a blow to the Saudi Arabian market.

It is certain that the U.S.'s incoherent policy in the Middle East has shaken its allies' trust. Washington knows that Saudi Arabia is dependent on its military industry, but ignores that Saudi Arabia will start looking for new alignments and other developed countries to supply weapons. Turkey, too, attempts to improve its military industry to reduce its dependency on the U.S and searches for other suppliers that have no interest in the region or hidden agendas. It is important to also consider JASTA in relation to the upcoming elections in the U.S. where Democrat candidate Hillary Clinton's support of the bill and the override have become public. On Sept. 23, Clinton's spokesman said Clinton would sign the bill if she were elected president and will continue her support for the victims' families.

The U.S.'s current policy disturbs its main allies, Saudi Arabia and Turkey and the candidates' statements are not promising either. Therefore, Saudi Arabia has decided to turn the country into a finance center, rather than an oil-dependent state, while Turkey has taken its own risk and launched Operation Euphrates Shield to clear its border of PYD and Daish.
RELATED TOPICS