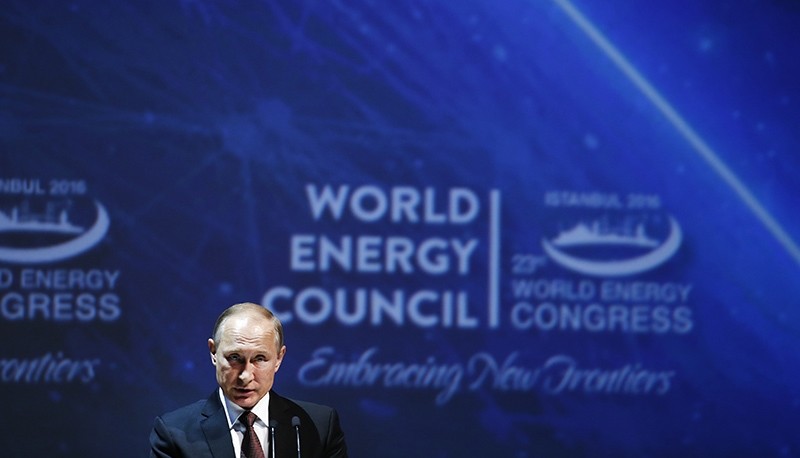 Russian President Vladimir Putin highlighted the importance of the need for greater energy access for all at the World Energy Congress Summit in Istanbul on Monday.

Putin arrived in Istanbul on Monday, for the first time since the jet downing crisis which took place last year and is expected to hold talks with President Recep Tayyip Erdoğan

Speaking at the summit, Putin said that Russia aims to abide by the Paris Agreement and reduce CO2 emissions and focus on renewable energy.

"We are moving towards clean energy and renewable energy resources but we cannot say gas consumption is going down'' he told the audience.

He also noted that freezing or cutting oil production is the only way to sustainably retain it.

Putin's visit is expected to focus on a number of issues including the Turkish Stream, and restoration of business ties between Turkey and Russia through lifting some restrictions imposed on Turkish businessmen following a jet downing crisis.