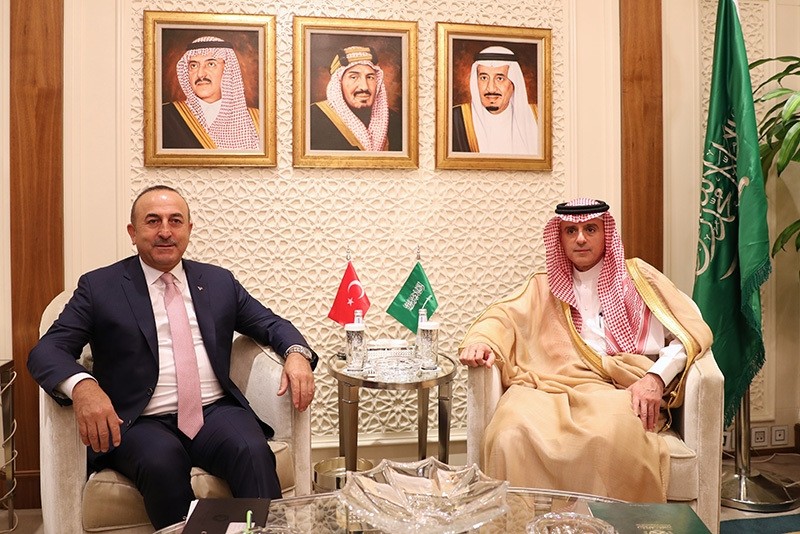 Turkish Foreign Minister Mevlüt Çavuşoğlu arrived in Saudi Arabia and met with his Saudi counterpart Adel al-Jubeir in Riyadh on Thursday prior to the Gulf Cooperation Council (GCC) meeting.

Despite several media sources reported that President Recep Tayyip Erdoğan will also attend the meeting in Saudi Arabia, he will remain in Turkey.

According to diplomatic sources speaking to the official Anadolu Agency, the latest developments in Mosul, where a ground operation will soon be launched to liberate the city from Daish terrorists, was one of the key topics of the meeting held in the Saudi Foreign Ministry.

The presence of Turkish troops in training camps in Kurdistan Regional Government (KRG) controlled territory near Mosul, along with the planned composition of Mosul task force to include Shiite militias and PKK terrorists, have recently strained ties between Turkey and Iraq.

Ahead of the planned meeting on Oct. 26 that will also be attended by Russia and the U.S., Turkish and Saudi foreign ministers also exchanged their views on the ongoing civil war in Syria.