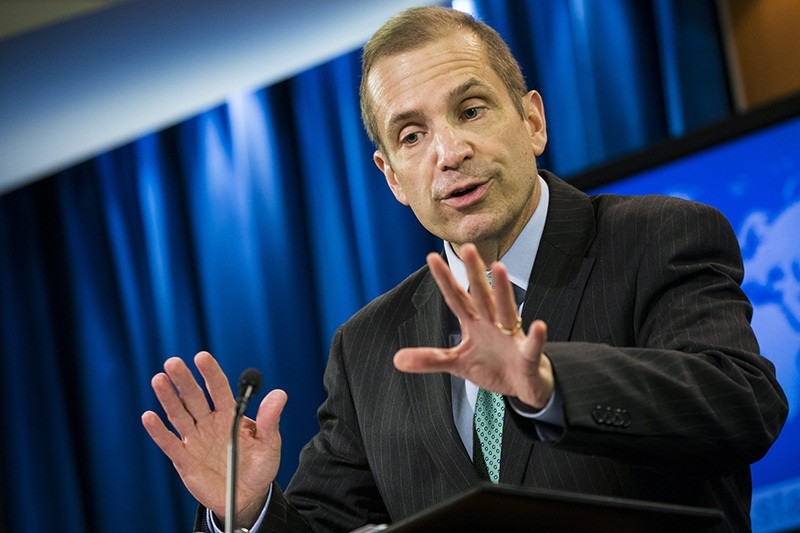 A U.S. State Department spokesman said on Thursday that the U.S. would oppose the PKK's participation in the upcoming Mosul campaign.

Earlier today Presidential Spokesman İbrahim Kalın said that Turkey was concerned the PKK was taking advantage of the Mosul operation and extending its territory.

Deputy Spokesman Mark Toner said the U.S. has drawn a line between other Kurdish groups and the PKK, as it has been designated as a terror group by the United States as well as Turkey and the EU.

Toner refused to respond whether the U.S. would still support the Mosul campaign if the Iraqi government decides to include the PKK within its troops, saying that such suggestion was 'hypothetical'.

Several sources told Daily Sabah that the Kurdistan Regional Government(KRG) believes the PKK would like to join the Mosul campaign under the auspices of Baghdad, which inclined to do so.

Tensions between Turkey and Baghdad have increased after President Tayyip Erdoğan and Iraqi Prime Minister Abadi exchanged harsh words over Camp Bashiqa. Baghdad has asked Turkish troops to leave Bashiqa near Mosul. In return, President Recep Tayyip Erdoğan said that al-Abadi had asked Turkey for help after Daish terrorists took control of Iraq's second-largest city Mosul and in return had sent its own soldiers to Bashiqa at the request of the Iraqi government.

Toner said anti-Daish operations should be led and coordinated by the Iraqi government, including Turkey.

Responding to the question of Iran-backed Shiite militia Badr Brigade's threats against Turkish forces in Bashiqa, Toner called for dialogue and refused to state who might be directing the militia.