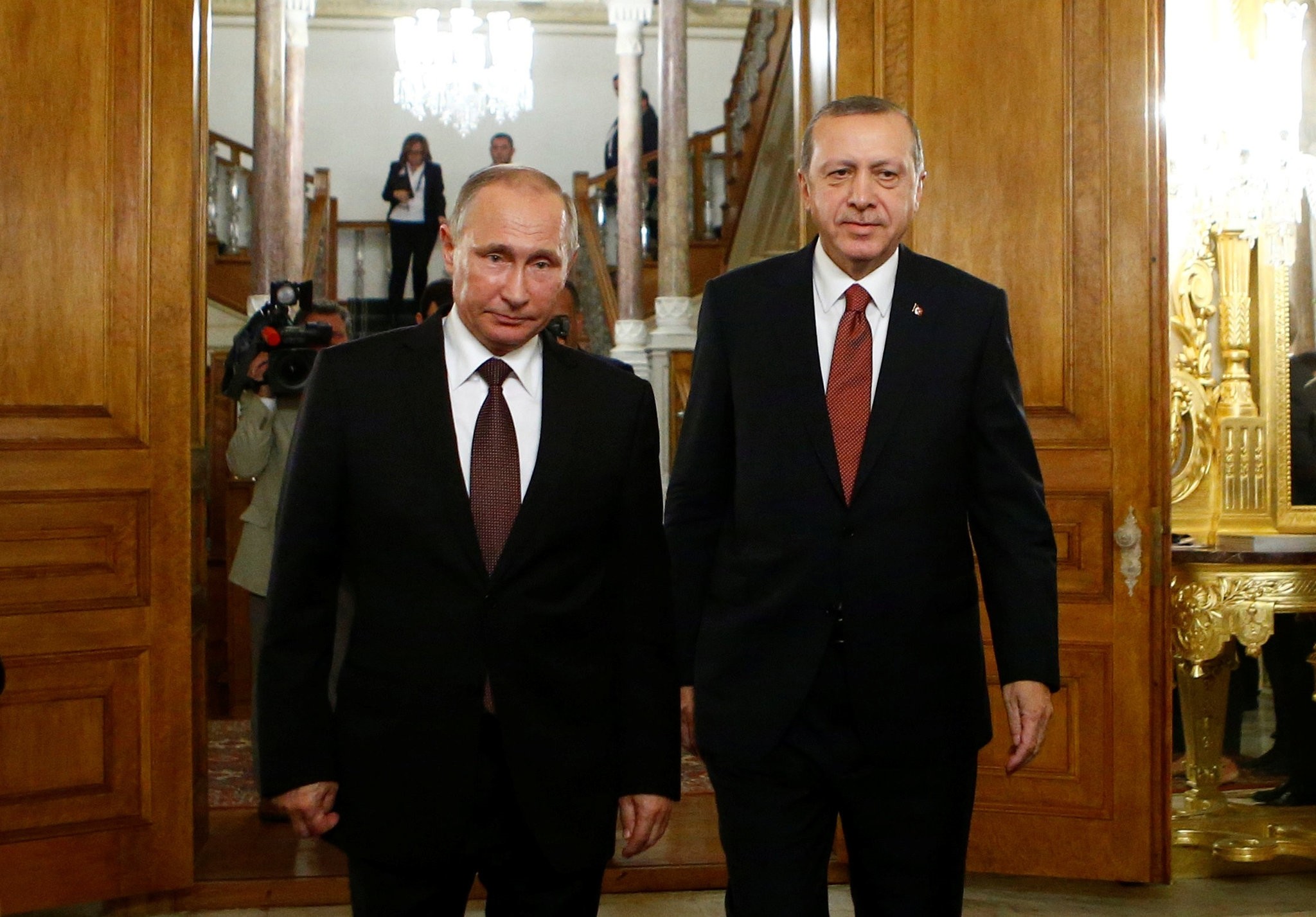 The president's office said that the two leaders held a phone conversation on late Tuesday and discussed recent developments in Syria and Iraq as well as the fight against terror.

Erdoğan and Putin agreed that the ongoing clashes in Aleppo must come to an end and humanitarian aid must reach civilians as soon as possible.

The Free Syrian Army (FSA) has seized more than 1,200 square kilometers from the Daesh terrorist group in northern Syria as part of Operation Euphrates Shield.

Within the context of the offensive, Daesh militants have been removed from nine towns and villages in northern Syria, including Dabiq and Sawran towns that are now under FSA control.

Now, the line between the towns of Maree and Jarabulus has been connected, putting an end to threats posed by Daesh and PYD terrorist groups.

Dabiq, about 40 kilometers (25 miles) northeast of Aleppo and around 10 kilometers (6 miles) south of Syria's border with Turkey, has a symbolic importance for Daesh as the group believes it will be the site of an end-times battle with non-Muslims. Dabiq is also the name of one of Daesh's online magazines.