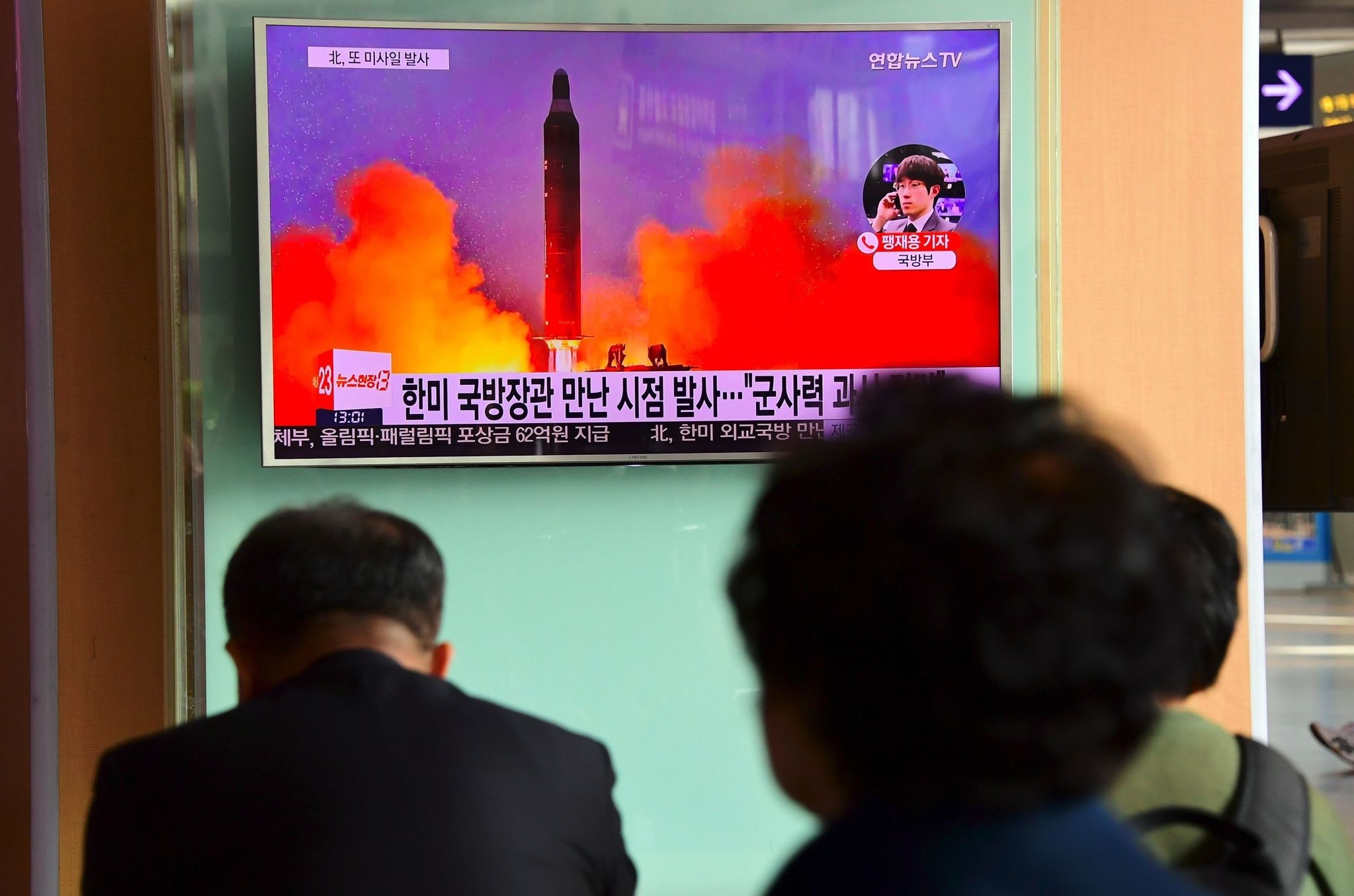 People watch a television news report showing file footage of North Korea's missile launch at a railway station in Seoul on October 20, 2016. (AFP Photo)
by Daily Sabah Oct 22, 2016 12:00 am
Turkey has condemned the recent launch of an intermediate-range ballistic missile by North Korea, calling on the country to follow international obligations, the Foreign Ministry said Saturday in a statement.

The statement said the two attempted missile launches were an apparent violation of international obligations, stressing that the tests may undermine regional and international peace, stability and security.

On Wednesday, the United States and South Korea said they detected a failed North Korean missile launch, four days after it unsuccessfully tried to launch a Musudan intermediate-range ballistic missile near an airport in Pyongan.

Musudan missiles have a potential range of about 3,500 kilometers (2,180 miles), which would put U.S. military bases in Guam within their striking distance. North Korea is also pushing to develop a nuclear-armed long-range missile capable of reaching the U.S. mainland, although U.S. and South Korean experts believe it doesn't currently have such a weapon.
Last Update: Oct 22, 2016 7:58 pm
RELATED TOPICS