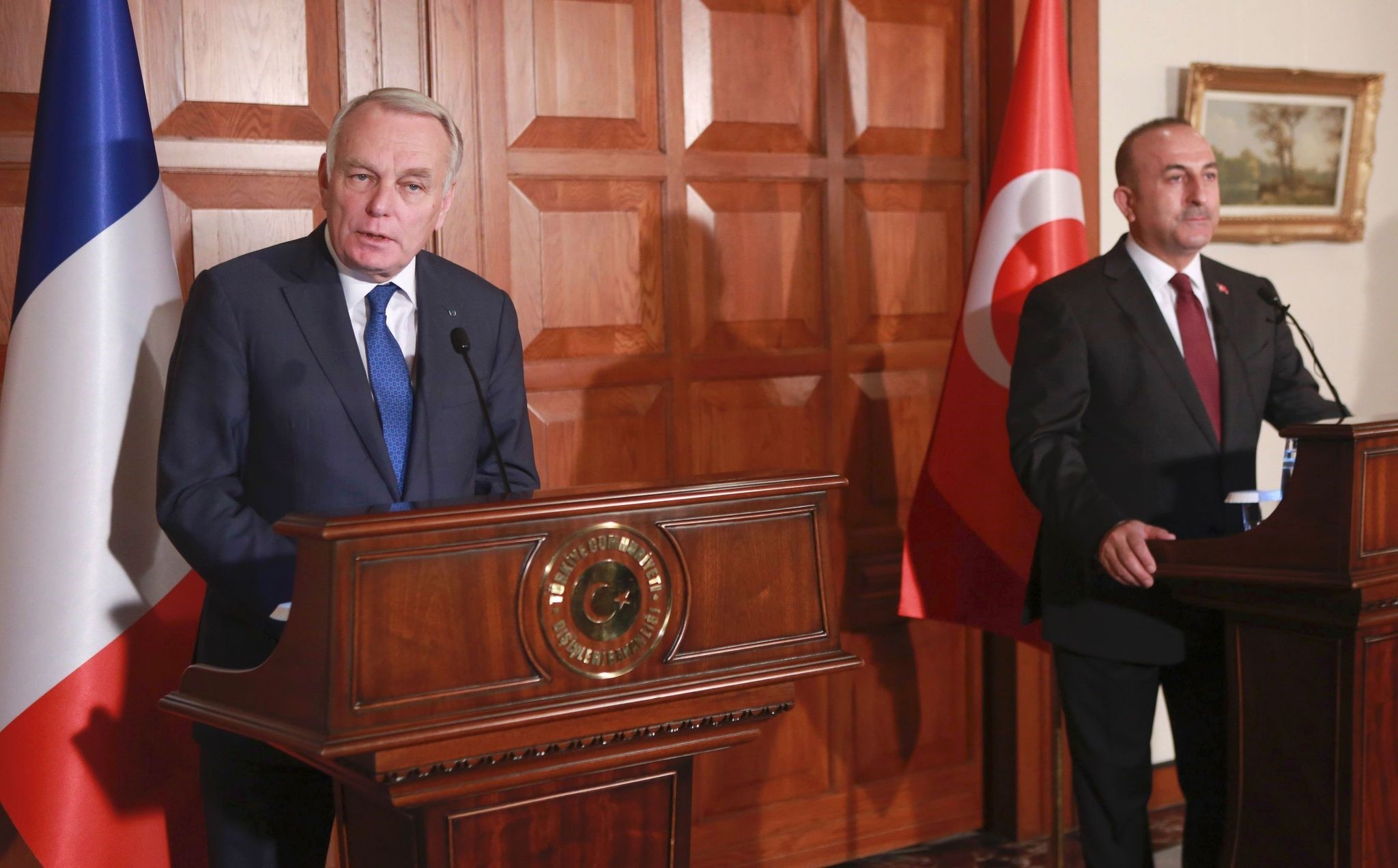 Turkish foreign minister voiced concern Monday over the French senate's recent adoption of an amendment that bans the denial of the Armenian genocide.

Speaking at a joint press conference in the capital Ankara alongside his visiting French counterpart Jean-Marc Ayrault, Foreign Minister Mevlüt Çavuşoğlu said the recent ban was limiting the freedom of expression.

"The voting shows us that our concern is shared by many French lawmakers and senators as it was adopted by a little difference in votes," Çavuşoğlu said.

"The core values of the European Council such as the freedom of expression and the superiority of law is binding for all European countries. We hope that the French constitutional council overturns the law," the top diplomat added.

Turkey denies the alleged Armenian "genocide", but acknowledges that there were casualties on both sides during the events during World War I.