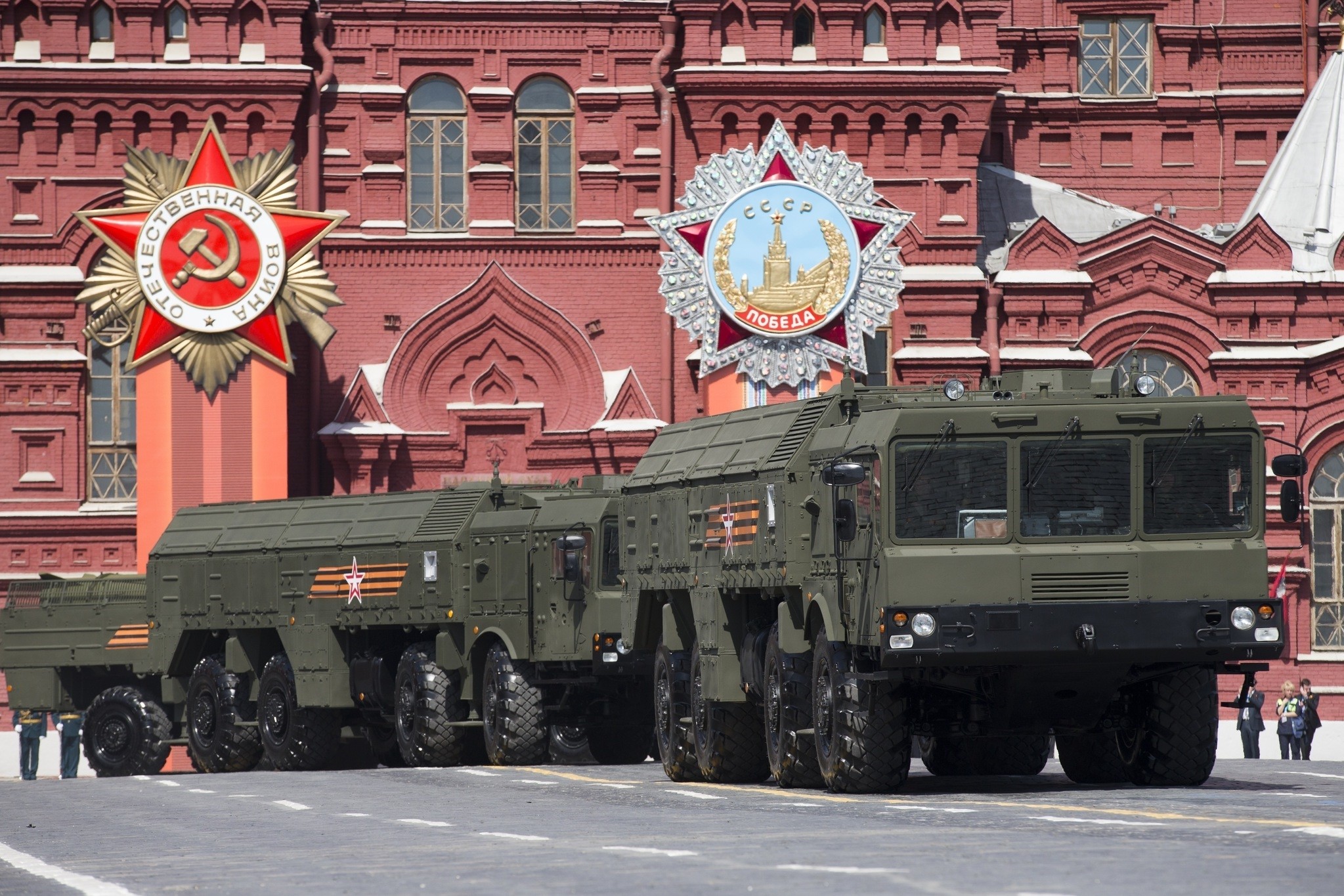 Iskander missile launchers are driven during the Victory Parade marking the 70th anniversary of the defeat of the Nazis in World War II, in Red Square in Moscow. (AP Photo)
by Daily Sabah Nov 07, 2016 12:00 am

Russia and Turkey are planning to convene to set an intergovernmental military-technical cooperation commission before the end of the year, a Russian military official said on Monday.

Speaking to Interfax, Alexandr Fomin, the Director of the Federal Service for Military-Technical Cooperation, said the most important topic on the meeting's agenda was the deployment of an air defense system to Turkey.

Fomin stressed that a decision over a possible deployment of an air defense system to Turkey could be taken at the commission meeting.

In October, Turkish foreign ministry sources said that Ankara was ready to accept an offer from Russia for a Turkish tender to build long-range air defense systems.

Russian official added that the upcoming meeting will once again strengthen both military and technical cooperation between the two countries.

Ankara last year canceled a preliminary deal on air defense systems with China amid concerns from its NATO partners.