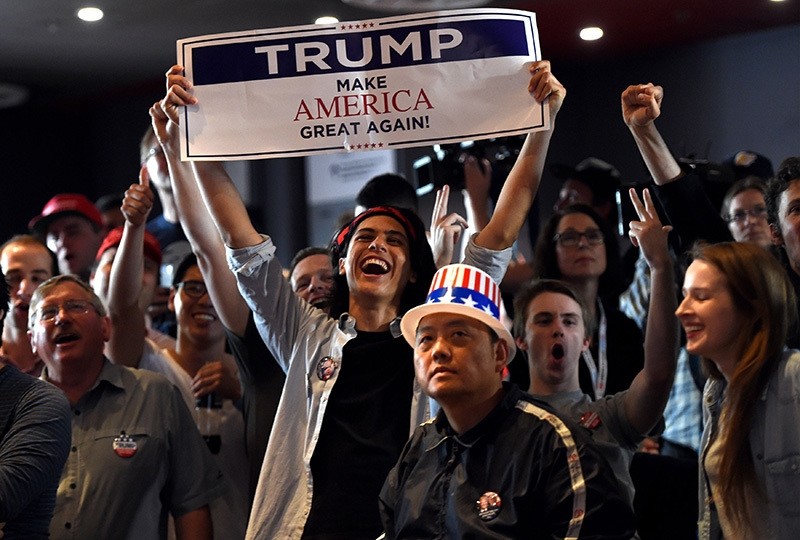 Yıldırım noted that 'a new page' would be opened in U.S.-Turkey relations if FETÖ leader, who is considered to be the mastermind behind the deadly July 15 failed coup attempt is extradited to Turkey.

President Recep Tayyip Erdoğan also expressed his hope for Trump's elections would lead to the good of American people. "I hope the choice of American people will lead to good steps for basic rights and freedoms, democracy and future of our region," Erdoğan said, adding that he intends to keep that view on the positive side.

Foreign Minister Mevlüt Çavuşoğlu also congratulated Donald Trump in a Twitter message on Tuesday, saying that the election results will strengthen trust based cooperation with the U.S., while the foreign ministry issued a statement saying Turkey will respect the choice of the American people.

Meanwhile, the Foreign Ministry said that the election results reflect the preference of the American people and that Turkey will respect whoever is elected in the U.S.

"U.S.-Turkey relations are independent from individuals" the statement said and added that Turkey is determined to maintain relations with the U.S.

Donald Trump won 276 delegates and was elected America's 45th president on Tuesday, in an unexpected victory which ended eight years of Democratic dominance of the White House.