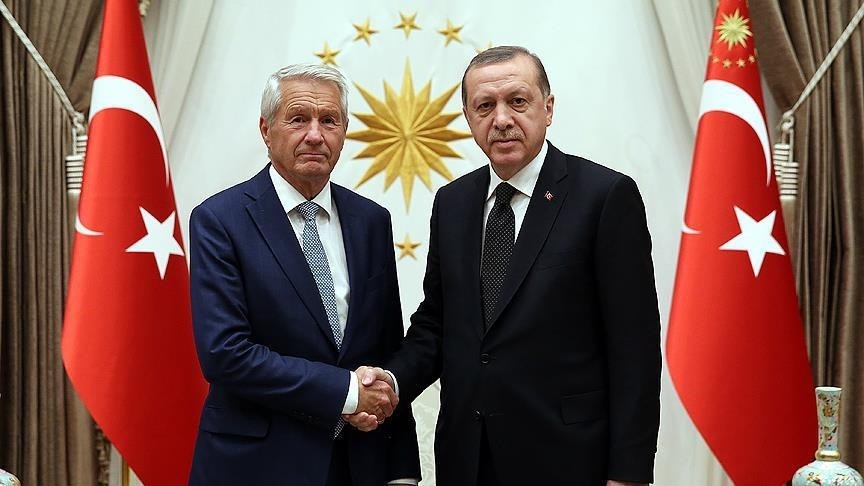 In the meeting, which lasted about an hour, the parties discussed Turkey-European Union relations and the post-coup attempt atmosphere in Turkey.

According to a Turkish prime ministerial source, Yıldırım and Jagland met at Çankaya Palace in the capital.

Yıldırım voiced his desire to enhance cooperation between Turkey and the CoE, the source added.

The PM added that Turkey wanted to see the CoE nearby in this "critical period".

Jagland said he would continue to work to strengthen cooperation between Turkey and the CoE.

Turkish Justice Minister Bekir Bozdağ also met with Jagland at the ministry. The meeting lasted about 50 minutes and was closed to press.