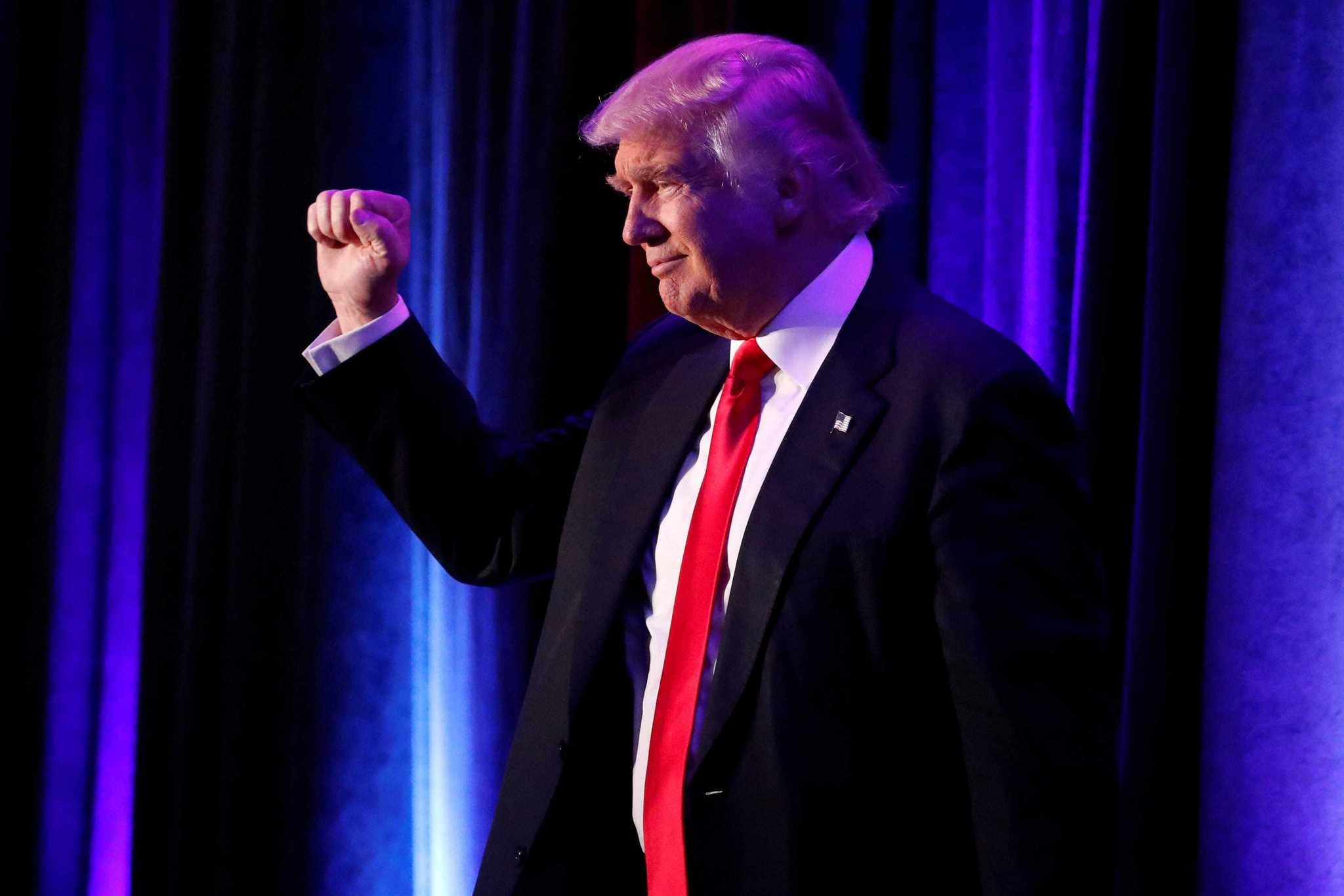 The unexpected result of the U.S. election hints at a new era in world politics and Turkish-U.S. partnership. Experts say relations, strained in the late-Obama term due to reckless attitude toward terror organizations by the U.S., is likely to enter a new phase

The U.S. made its choice on Tuesday and elected Republican candidate Donald Trump as the 45th president of the country contrary to mainstream belief that Hillary Clinton would triumph. Despite many, especially prominent EU countries considered natural allies of the U.S., being devastated by the unexpected election results, Turkey is optimistic about starting with a clean slate. It seeks to leave behind the Obama term, which caused a major blow to the countries' relations. Ties between the two countries have been especially strained in the late-Obama era, as the U.S. has been reluctant to arrest and extradite Fetullah Gülen, leader of the Gülenist Terror Group (FETÖ) and mastermind of the failed July 15 coup attempt. Turkey is also frustrated by Washington's backing of the People's Protection Units (YPG) terrorists, the armed wing of the PKK's Syrian offshoot Democratic Union Party (PYD), under the guise of fighting Daesh in northern Syria.

Developments on the these two main issues will likely be determinant in the new era of Turkey-U.S. relations.

Nur Özkan, a journalist at TRT WORLD and former correspondent in Washington, told Daily Sabah that during the eighth year of Obama's presidency, especially in his second term, relations between Turkey and the U.S. were down due to the U.S. administration's reluctance to consider Turkey's sensitivities. "The U.S. has provided a safe haven for Gülen, it supports the PKK and its offshoots in Syria despite Ankara's warnings and prefers the YPG to Turkey on the ground against Daesh. It also balks against Turkey on Iraq and its attendance at the Mosul operation, despite it having power to put pressure on Baghdad to change its hostile stance toward Turkey. Obama's bilateral, regional and international relations have failed," she said.

Özkan added that she is expecting more realistic policies toward Turkey during the Republican era, as it was before, in Bush's term. "As Trump said in his post-election speech, he will 'seek common ground, not hostility' with other countries. It creates optimism for a change in their stance on terrorists like the YPG and Gülen," she concluded.

"Everything would continue as usual if Hillary Clinton had been elected, but now, at least, there is a possibility for a change for Turkey during the Trump era," Daily Sabah was told by Bora Bayraktar, an academic in Istanbul Kültür University's International Relations department. He mentioned Trump's words in his victory speech: "We will deal fairly with everyone," and said that the U.S. is likely to cooperate with its allies on regional issues, instead of terrorist organizations such as the PYD/YPG, like the Obama administration did.

Bayraktar also asserted that Trump's election will confine Iran's sphere of influence, that was greatly spread during Obama's term, due to its positive stance towards the country. "We should speed up our lobby activities in Republican circles. Trump said that he won't show tolerance to radical Islamic movements if he was elected. If he regards FETÖ one of those organizations, pressure on Gülen in the U.S. will likely increase," he concluded.

Regarding the U.S. elections, Turkish President Recep Tayyip Erdoğan said yesterday in Ankara that "The American people have made a choice [to end two terms of Democratic leadership] and with this choice a new era is beginning." He also expressed hope that the election of Trump "will help the taking of good steps regarding rights and freedoms in the world and also developments in the region."

Prime Minister Binali Yıldırım also congratulated Trump yesterday and said he hoped that the new leadership in the United States would take into consideration Turkey's "sensitivities concerning the fight against terrorism," give priority to policies that would bring peace and stability to the region and advance the traditional friendship between the two countries. Yıldırım urged the president-elect to extradite Gülen as soon as possible, saying, "If you the head of a terror organization who has damaged our historic friendship without wasting any time, I am sure that you can give Turkey-U.S. relations a new start and turn a new page."

"The first thing that Turkey should do is express itself to Trump and his team, the people that he selects as secretaries," said Professor Dr. Mensur Akgün, the director of the Global Political Trends Center (GPOT). He went on to tell Daily Sabah that even though Trump had not touched on foreign policy very much and tried to create pressure on Clinton by criticizing Obama's domestic policies, his discourse during his presidential campaign was closer to Turkish policy and the restrained relations between the two countries is likely to enter a new era. "At least he did not promise to support YPG terrorists like Clinton did," Akgün said.

Meanwhile, regarding Trump's victory, Turkish Justice Minister Bekir Bozdağ, who has been carrying out extradition talks on Gülen with the U.S., said yesterday that U.S. voters had refused to have their national will dictated. "Nobody can win an election through newspaper headlines, surveys, [and] television. Ultimately, people are voting. What I see, as election strategy; I think American nationals said 'no' to the dictating of their will," Bozdağ told Anadolu Agency.

The minister said whoever the U.S. voters elected, Turkey will continue to work with that president "because the relations between the U.S. and Turkey are interstate relations.

"We have joint interests, strategic partnerships, [and] there are many agreements between us. The change of presidents will not bring a radical revision of these relations," Bozdağ said.

Turkish authorities issued an official request for Gülen's extradition on Sept. 13, under a 1979 treaty between Turkey and the U.S. Bozdağ held a meeting with his U.S. counterpart Attorney General Loretta Lynch in late October, regarding the provisional arrest of the U.S.-based fugitive. The meeting, closed to the press and lasting about an hour and a half, was held at the main building of the U.S. Department of Justice. In late August, U.S. State Department spokesman Mark Toner confirmed that the Obama administration had received a formal extradition request for Gülen from Turkey, based on criminal activities that predate the coup and is considering the merits of the request. However, the U.S. has drawn ire with its reluctant attitude to Gülen's extradition and has not yet answered the provisional arrest demand.

"Perhaps this will be an initial opportunity to overcome the crisis that has recently plummeted confidence between the governments of Ankara and Washington," Birol Akgün, a political science professor, said to Anadolu Agency (AA). "Unlike the Clinton administration, the Trump administration will listen to Ankara more seriously." The future of Syria, the U.S.'s support for its Syrian ally PKK/PYD and the extradition of Pennsylvania-based Gülen would top the list of concerns to be presented to the new administration, Akgün concluded.
Last Update: Nov 10, 2016 11:28 am
RELATED TOPICS