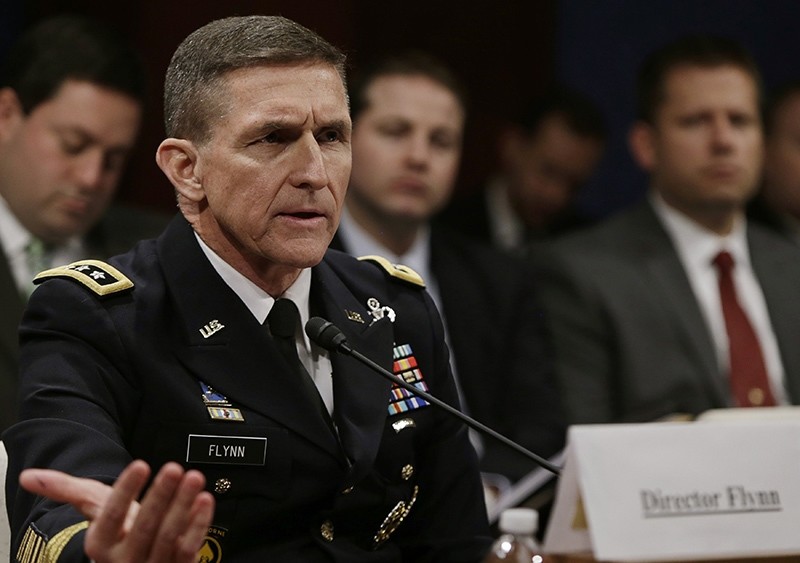 Turkey should be a top priority in U.S. foreign policy, a top adviser to President-elect Donald Trump said Wednesday in an article that slammed Barack Obama for failing to understand Ankara's geopolitical position.

"We must begin with understanding that Turkey is vital to U.S. interests," retired Gen. Michael Flynn wrote for the Hill newspaper. He also called Turkey "a source of stability in the region".

Flynn was a key national security adviser to Trump during his presidential campaign and is expected by many to be appointed to a Cabinet position, possibly as defense secretary.

The veteran general wrote that it was "an unwise policy" for the Obama administration to keep Ankara at arm's length,

"We need to adjust our foreign policy to recognize Turkey as a priority. We need to see the world from Turkey's perspective," he wrote.

Noting the extradition request by Turkey of Gülenist Terror Group (FETÖ) leader, Fetullah Gülen, as one of the key points of contention between Washington and Ankara, Flynn suggested the U.S. handover Gülen.

Ankara has asked Washington to extradite Gülen for his role in infiltrating state institutions in Turkey and carrying out a bloody coup attempt on July 15.

"What would we have done if right after 9/11 we heard the news that Osama bin Laden lives in a nice villa at a Turkish resort while running 160 charter schools funded by the Turkish taxpayers?" Flynn asked.

The former chair of the Defense Intelligence Agency suggested that although Gülen presents himself as a moderate Islamic scholar, he is a radical who "has publicly boasted about his 'soldiers' waiting for his orders to do whatever he directs them to do."

Flynn compared Gülen to Ayatollah Khomeini -- the leader of the Iranian revolution - urging the U.S. government not to repeat its mistake by supporting Gülen as it did Khomeini.

"Washington's silence on this explosive topic speaks volumes when we hear the incredulous claim that the democratically elected president of Turkey staged a military coup, bombed his own parliament and undermined the confidence in Turkey's strong economy, just so that he could purge his political opponents," he added.

Flynn also cited allegation of corruption against the Gülen network in the U.S., saying the terror leader has brought more people than Google into the country to teach English but they are not fluent in the language.

Meanwhile, the Vice President-elect Mike Pence told Turkish daily Hürriyet on Wednesday that Turkey is the most important U.S. ally in the region and added that the new U.S. administration will restore relations back to its glory and further strengthen ties.

Turkish authorities issued an official request for Gülen's extradition on Sept. 13, under a 1979 treaty between Turkey and the U.S. Justice minister Bozdağ held a meeting with his U.S. counterpart Attorney General Loretta Lynch in late October, regarding the provisional arrest of the U.S.-based fugitive.