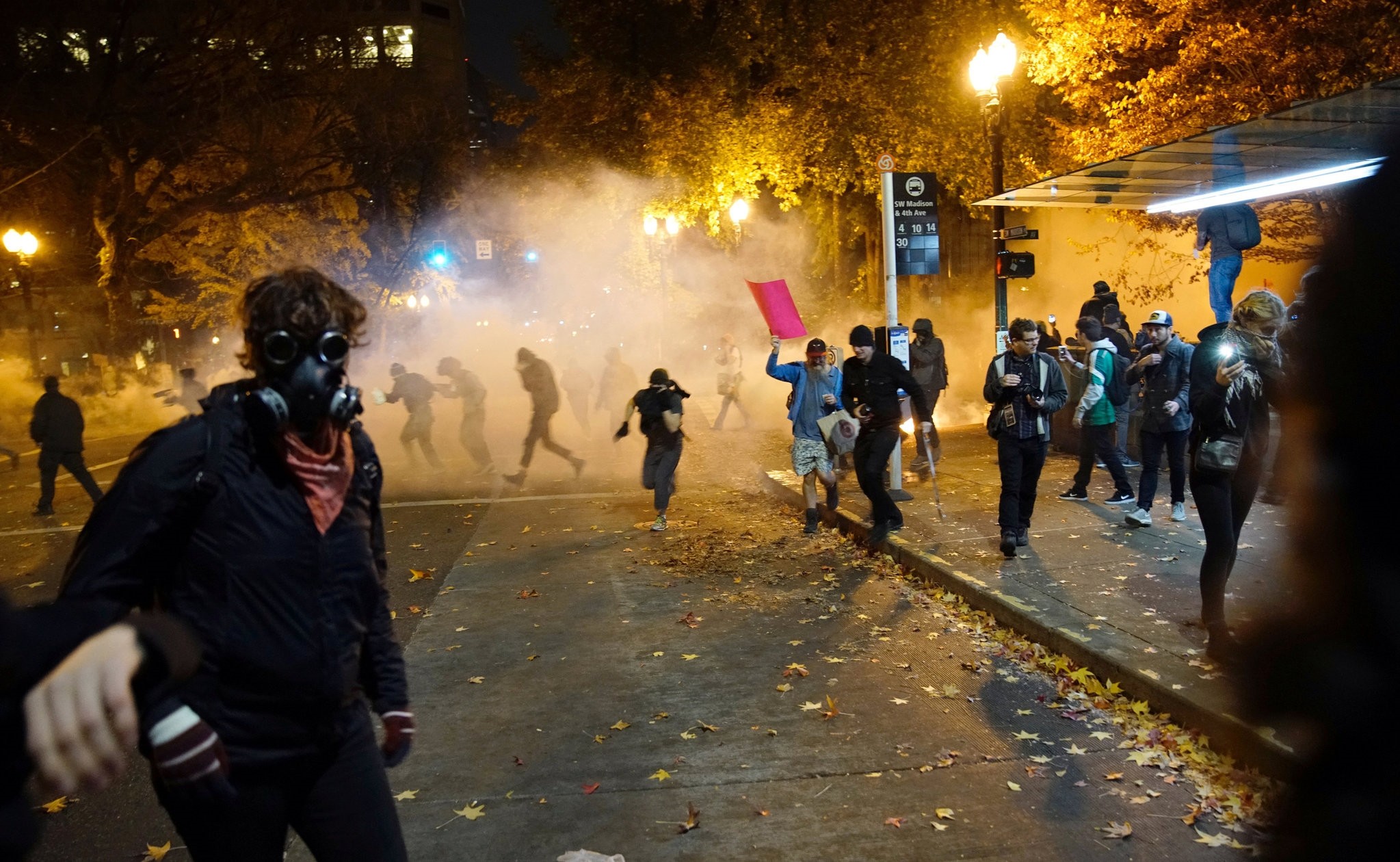 Turkey's Foreign Ministry issued a travel warning concerning the United States on Saturday as thousands of Americans spilled into the streets for the fourth day in a row to protest President-elect Donald Trump.

A statement released by the ministry's website urged citizens to stay away of from demonstrations in U.S. cities, to take necessary security measures at their home and work, and to inform security officials immediately in cases of possible racist abuse or attacks while staying calm.

The statement said anti-Donald Trump demonstrations "occasionally featured acts of crime and violence" and noted that security forces had detained many demonstrators.

"Based on demonstrators' social media posts, it's clear the demonstrations will likely continue for some time."

Turkish citizens were also advised to keep up with local press and additional announcements or warnings to be published on the websites of the Ministry or the Turkish Embassy in Washington.

One person was injured due to an armed attack in the latest protests early Saturday morning.

Turkey earlier this month criticized a U.S. decision to order family members of employees posted to the Istanbul Consulate to leave because of security concerns. Foreign Minister Mevlüt Çavuşoğlu insisted that Istanbul or Ankara was "not more unsafe than any U.S. state."