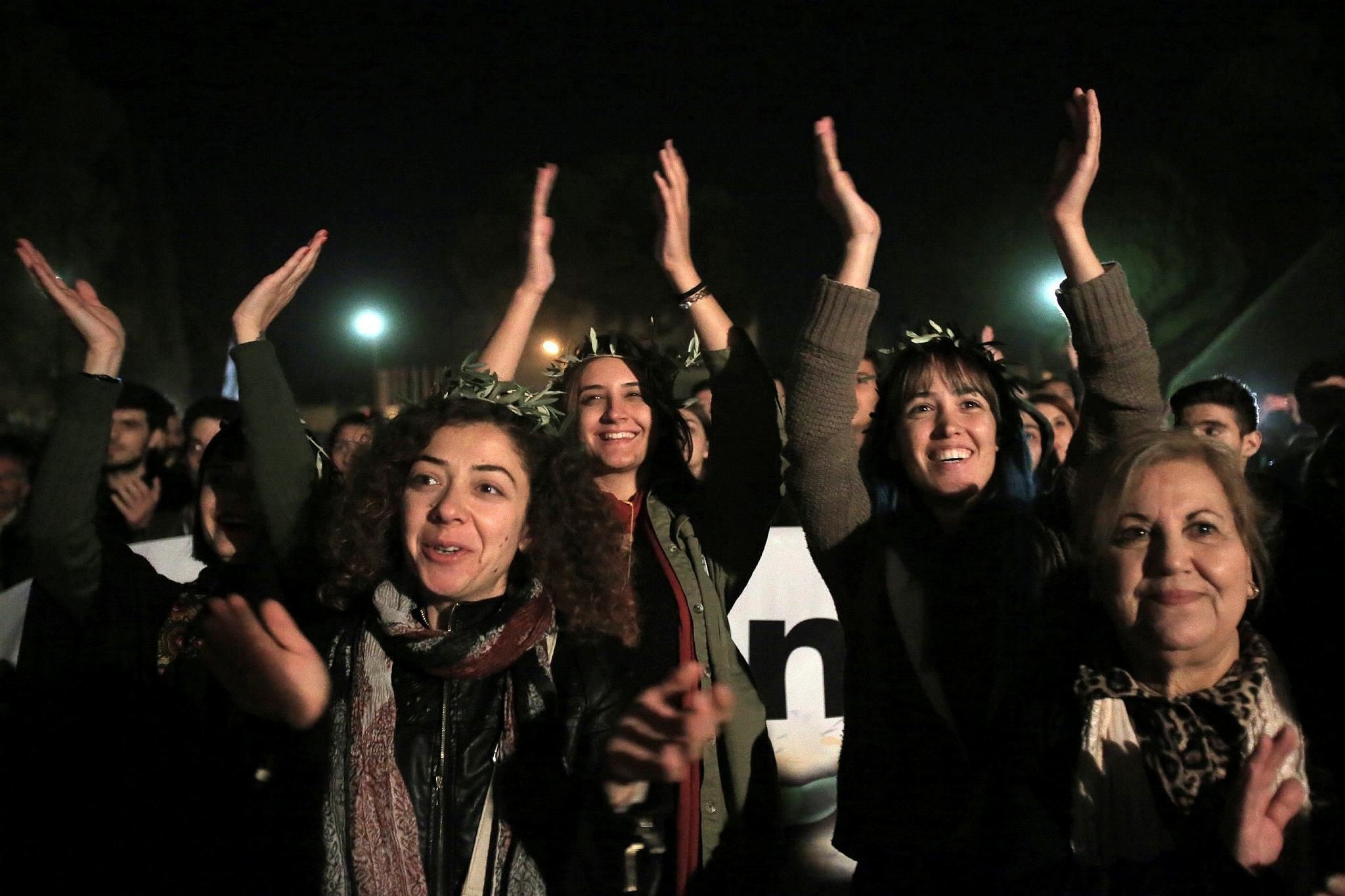 Greek and Turkish Cypriots clap and sing during a peace rally to support the peace talks inside the UN buffer zone ,Green Line, (AP Photo)
by Compiled from Wire Services Nov 21, 2016 12:00 am

Waving peace flags and dancing to Cypriot folk music, hundreds of Greek and Turkish Cypriots demonstrated for peace on Monday as their leaders continued reunification talks at a Swiss resort that will indicate whether an accord is within reach.

Organizers said the event inside the United Nations-controlled buffer zone aimed to show the determination of Cypriots from both sides for an agreement ending more than four decades of division.

"Fear is holding us back," said Greek Cypriot Rania Georgiou. "Our future must be a shared one."

Turkish Cypriot Cem Parısız said the island's division has been allowed to drag on too long. "We breathe the same air, we drink the same water, we don't need to be separated by borders," he said.

Demonstrators, some wearing olive-branch wreaths, joined in spontaneous dancing as folk dancers performed a medley of traditional songs beloved by both Greek and Turkish Cypriots.

"We just want peace and love," said Turkish Hazal Barışer at the event backed by more than 100 pro-peace groups from both sides.

The event took place as the first day of the second round of U.N.-mediated peace talks over the Cyprus issue in Switzerland on Sunday failed to outline concrete steps to resolve the dispute

The failure of the Greek Cypriot and the Greek side to take a clear stance on issues to which the guarantor countries, including Turkey, Greece and the U.K. could agree brought the negotiations to a bottleneck, a diplomatic source, who declined to be named due to restrictions on talking to the media, said.

If a deal is reached on territorial changes, negotiators are expected to announce a date for a final summit between the Turkish and Greek Cypriot leaders and the three other states involved in the process: Turkey, Greece, and the U.K.