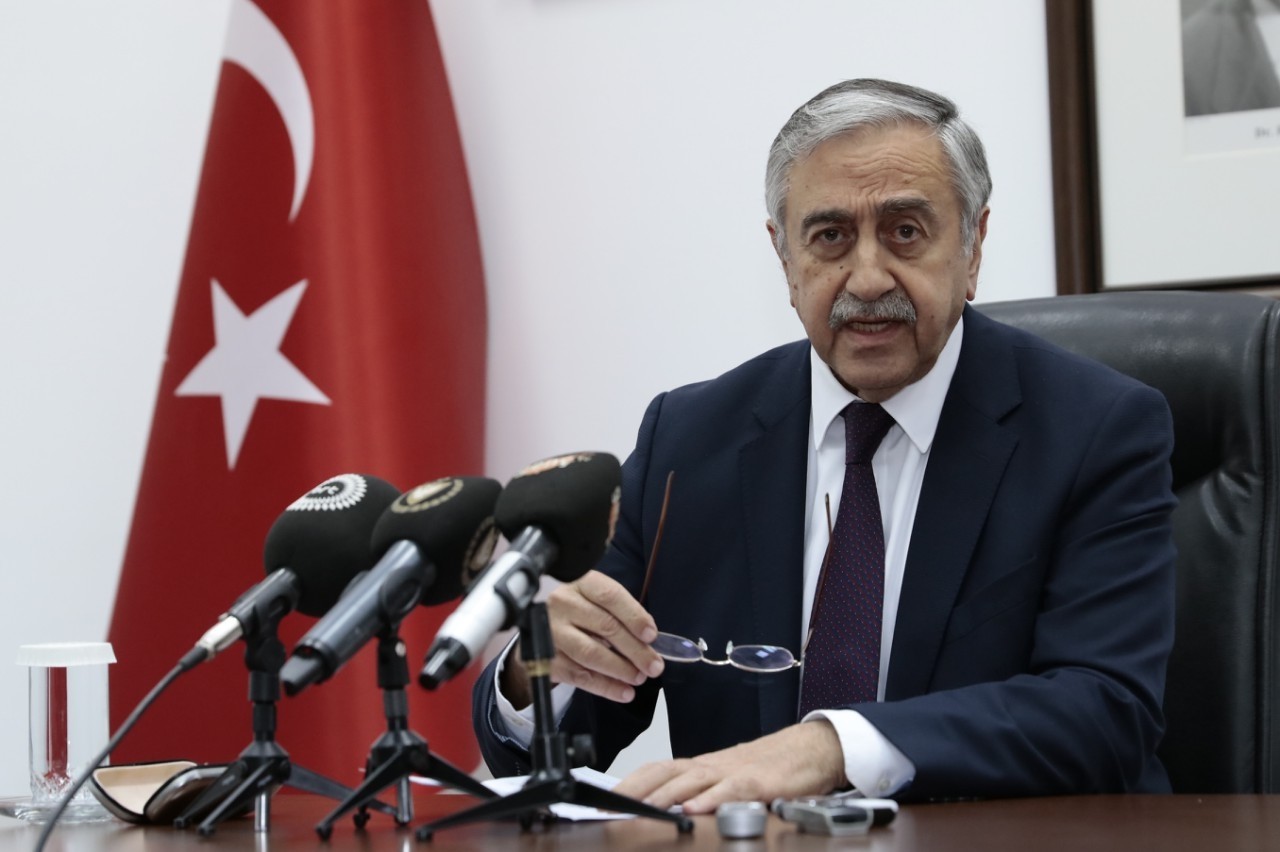 The president of the Turkish Republic of Northern Cyprus (TRNC) has called on the Greek Cypriot side to determine a date for meeting guarantor powers soon to achieve the goal of finding a final solution to the dispute over the island by the end of 2016.

Talking to reporters in Lefkoşa, Mustafa Akıncı, the TRNC president, said: "If all sides aim for a solution, the thing to be done is clear.

"We should decide on a date to call a five-party conference," Akıncı said.

He said in such a gathering Turkish and Greek Cypriots could discuss the main issues between the two nations, while Turkey, Greece, and Britain discussed matters of security and guarantees.

His remarks came after a meeting with leaders of political parties and Turkish Foreign Minister Mevlüt Çavuşoğlu during which they discussed the recent reunification talks in Mont Pelerin in Switzerland.

Negotiations between Akıncı and Greek Cypriot Administration of Southern Cyprus leader Nicos Anastasiades had ended on Monday without a solution.

Akıncı previously blamed the Greek side for the failure of talks in Mont Pelerin and said the Greeks had taken a position on territory before agreeing on a rotating presidency and active participation on resolutions-crucial topics for the TRNC.

On Friday, the country's Prime Minister Hüseyin Özgürgün also said: "If we do not have a solution by the end of 2016, we need to be at the point of continuing [alone] as the Turkish Republic of Northern Cyprus."

Özgürgün listed his conditions for a return to talks: the Greek Cypriot side "would accept the equality of the Turkish Cypriot side; political equality; and the effective and actual guarantee of Turkey" on the island.

Cyprus has been divided since 1974, when Turkey carried out a military intervention into its northern third as a guarantor power in response to an Athens-inspired coup seeking union with Greece. After the intervention, the Turkish Republic of Northern Cyprus was founded under the leadership of its late president Rauf Denktaş.

Reunification discussions resumed in May 2015, and both sides repeatedly expressed optimism that a solution can be found by the end of 2016.