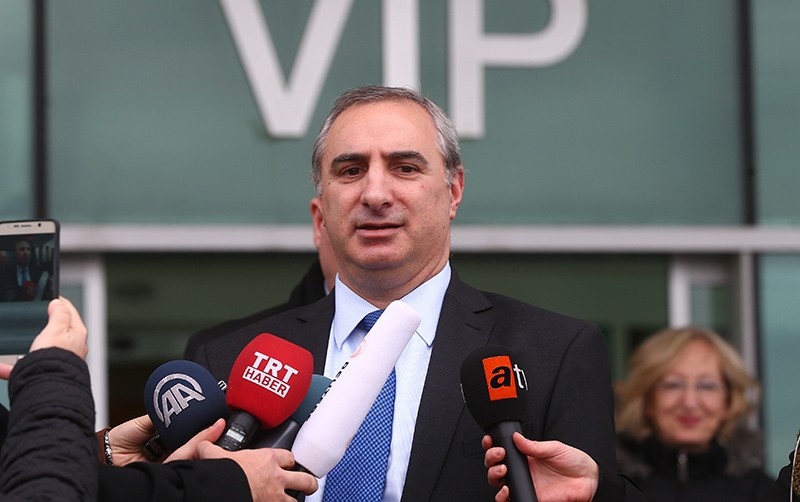 Israel's new ambassador to Turkey Eitan Naeh has arrived in Ankara on Thursday.

After landing at Esenboğa Airport, Naeh thanked Ankara for its assistance in containing wild fires in Israel last week and said the countries had a "history of helping each other in times of need."

Naeh added that he was looking forward to his role in Turkey. He previously served with the Israeli embassy in Ankara in the 1990s and is currently returning from a three-year stint as deputy ambassador in London.

The countries renewed ties in June following a six-year split following the Israeli attack on the Mavi Marmara aid ship in May 2010, when 10 Turkish activists on the Gaza-bound vessel were killed.

In September, President Recep Tayyip Erdoğan announced the appointment of a former foreign policy adviser Kemal Ökem as Turkey's new ambassador to Israel. Ökem is to assume his duties in Tel Aviv later this month.